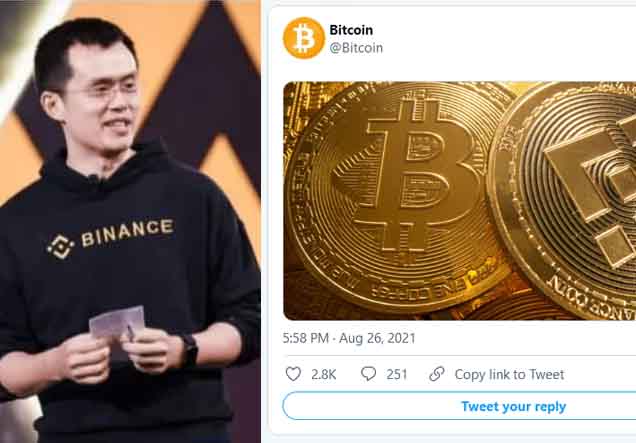 Essentially the image tweeted by the @bitcoin account shows a Bitcoin next to a Binance coin, Binance’s native token.

Users have deduced from the image that Binance has purchased the handle of the Bitcoin Twitter account in order to promote itself amid times of adverse news and regulatory scrutiny for the exchange.

However, it appears that the majority of users are dissatisfied with the apparent account change; for example, Dennis Parker tweeted: “Twitter account @bitcoin has been bought by shitcoin casino @binance Act accordingly.”

Meanwhile, DJ Booth was irritated by the legalities of the situation: “So this handle has changed hands again? To Binance? Leasing or selling Twitter handles is against the terms of service. @jack”.

Binance has reportedly purchased the account to promote its page using Bitcoin, according to speculations circulating online [UNCONFIRMED].

Furthermore, many people are now labeling the account fraud and urging Jack Dorsey to take action and remove it. Some people have even gone so far as to unfollow or report the account. In any case, it’s a testament to the community’s passion for Bitcoin.

For the time being, while whispers spread on Twitter and internet forums, we’ll have to wait and see if any additional news emerges in the interim.