Although the rapid slide of Bitcoin and other leading cryptocurrencies such as Cardano (ADA) seems to have slowed, it appears that large-scale investors, also known as whales, have taken advantage of the falling market to grow their tokens holdings, in particular with the latter.

Indeed, information from the on-chain and social analytics platform Santiment published on May 13 revealed that Cardano whales were the most active they had been since January, when the ADA price bottomed out at $0.40 on May 12.

“Cardano’s whales showed a flurry of transactions yesterday as prices were bottoming out to $0.40, between 8 am and 12 pm UTC. These spikes have very commonly indicated price direction changes for $ADA, and we’re monitoring further whale activity closely.”

As stated, a spike in whale purchases has commonly indicated the largest price shifts for the DeFi asset in the past. Just over a week ago, Finbold reported evidence Cardano whales were accumulating after a 7-month dumping spree.

After a period of seven months during which whales had dumped a total of 1.7 million tokens, the data revealed that Cardano whale addresses that own between 1 and 10 million ADA had been stocking up their wallets with 196 million more ADA over the last five weeks.

Given that the Vasil hardfork is scheduled for June with the intention of expanding the protocol and significantly increasing its transaction throughput, volume, and liquidity, whales may be anticipating a rise in the Cardano price, as historical data indicates that the price of ADA often increases prior to a hardfork. 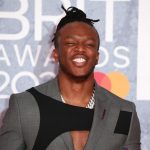