August was the leading month for auto sales in China as electric vehicles (EVs) led the way. Despite supply chain issues and stubborn Covid outbreaks, sales continued to climb, and new energy vehicles (NEV) reached 666,000 units for the month of August.

Meanwhile, auto sales, in general, in China grew by 32.1% year-on-year, reaching a total number of 2.8 million year-to-date (YTD). However, compared to July, sales were down by 1.5%, mainly explained away by the intense heatwave hitting households and businesses as well as power restrictions that interrupted production.

On the other hand, compared to the same period in 2021, sales for the first eight months rose by 1.7%.

Furthermore, compared to the previous year, China’s vehicle exports increased by 65%, while EVs accounted for 27% of them.

Policy support from the government regarding vehicles is bearing fruit in China as sales are hitting record numbers with NEV penetration increasing. News of car sales had a positive effect on the share price of Chinese EV producers, which are all trading in the green.

China as a market plays an important role in EV penetration, even Tesla (NASDAQ: TSLA) recently suffered a drop in its stock price when the sales of China-made vehicles dropped.

Nevertheless, the government seems to be focusing on NEV penetration which can be a boon to investors in Chinese EV companies. 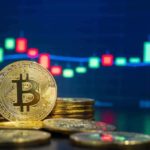