As the European Union (EU) is set to hold another critical vote that could affect the future of cryptocurrencies, the CEO of Coinbase has expressed his opposition to what he considers poor policies and urged a pushback.

On Thursday, March 31, the EU Parliament will vote on the adoption of the revision to the Transfer of Funds Regulation. Should this draft pass, Coinbase’s chief officers believe its consequences would be devastating, as explained in a blog post from March 28.

If adopted, the platform’s Chief Legal Officer Paul Grewal has said that:

“This revision would unleash an entire surveillance regime on exchanges like Coinbase, stifle innovation, and undermine the self-hosted wallets that individuals use to securely protect their digital assets.”

The leading crypto exchange’s co-founder and Chief Executive Officer Brian Armstrong also tweeted his opposition to the revision, reiterating that:

Grewal also listed the ‘bad facts’ about crypto used by the proposal’s advocates to justify the modifications.

They include digital assets like Bitcoin (BTC) and Ethereum (ETH) being used by criminals to move money under the law enforcement’s radar and that gathering personal information associated with self-hosted wallets is not considered a privacy violation.

On the other hand, he stated that cryptocurrencies were “a markedly inferior way for criminals to hide illicit financial activity,” citing research that proves that cash is still the most popular way to that end.

Furthermore, Mr. Grewal argues that law enforcement can, indeed, use advanced analytics tools to track and trace crypto transfers, the records of which are permanent on the blockchain, which isn’t possible with cash.

Additionally, such examinations do not constitute violations of the settled privacy expectations.

In contrast, the EU’s proposal would “impose a host of new privacy invasions on wallet users,” “new obligations on exchanges to collect, verify and report information on non-customers using self-hosted wallets,” including every transfer from these wallets greater than 1,000 EUR.

Lastly, like Armstrong, Grewal too has urged the public to act and make their voices heard, “before it’s too late.”

It’s worth mentioning that the EU Parliament has earlier voted against the proposed ban on the Proof-of-Work (PoW) mechanism underlying cryptos that would have brought into question the mining and use of such assets on the EU territory. 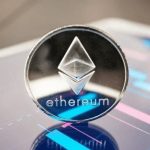 Ethereum is 'becoming the collateral of the internet,' says commodity expert