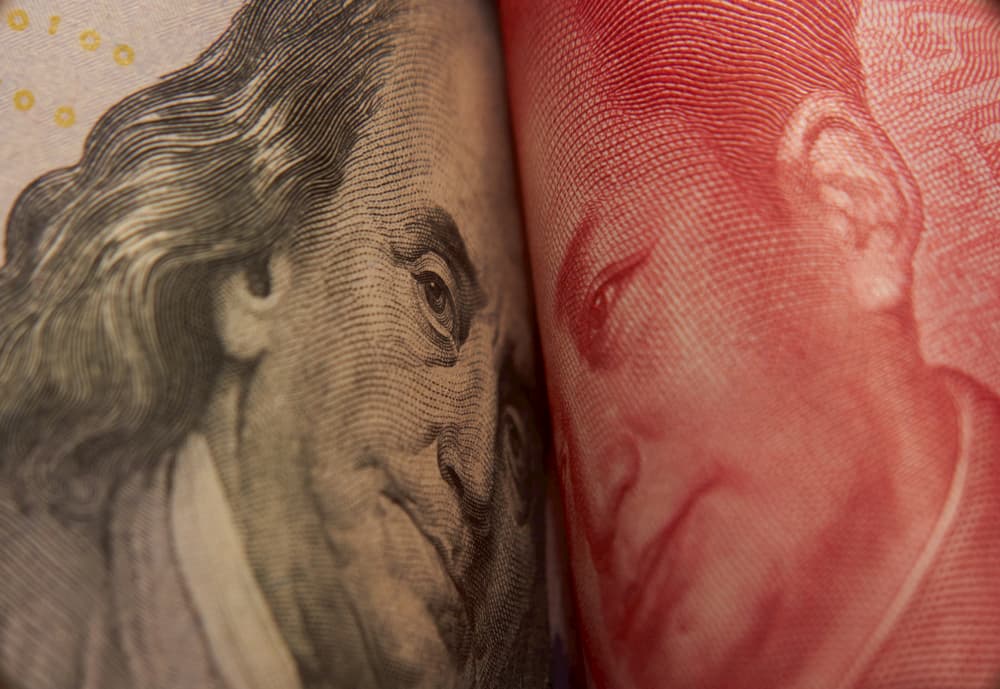 The official data claims that China’s trade fell less than expected even as the COVID-19 spread. Exports came down 6.6% Year-on-Year (YoY) in March, while imports abated 0.9%. Economists had forecast that exports would be 13.9% down while imports would plummet by 9.8%.

More astonishing data about crude oil imports: March figure is up 12% based on stockpiling calculation. What does it mean?

Jobs created during MAGA have evaporated

According to one research, 37% of more than 2,600 companies that responded were diversifying procurement to spots other than China amid the coronavirus crisis. Even such giants like Google, Microsoft have started looking more at Vietnam and Thailand than China in production terms.

At last, there are far less fossil fuel emissions into the environment as there have been before the coronavirus pandemic, the U.S. satellite images show. However, China tries demonstrating that it successfully restarts economy, and crude oil imports rise must prove it.

Who benefits from this data? Dow Jones jumps 3% as Wall Street boasts of the second week of gains. Dow Jones gained 2.2% last week, closed at its highest level since March. As U.S. Presidential elections come, the index movement has more also political meaning as a trump’s card (the direct meaning of the word “trump”).

In the case when a total of 22.034 million initial jobless claims have been filed over the past four weeks it means that all jobs created during MAGA (Make America Great Again) policy have evaporated and there’s nothing to KAGA (Keep America Great Again).

For one month the U.S. has lost 59.36% of the total amount (37.118 million) of jobs disappeared during the 18-month long peak of the Great Depression.

Chinese economy can’t be restarted until its main trade partners, the US and Germany, fight COVID-19. U.S President Donald Trump has already won a trade war between the US and China, and there’s new evidence for this as in the US Congress there are some voices to nullify about $3 trillion of U.S. Treasuries held by Beijing. In this case, Beijing tries appeasing Washington and downplays the economic disaster it inherited from the recent COVID-19 outbreak.

Donald Trump tries everything to reignite the faith into Wall Street and “amazing” Chinese data is a good try in the situation when Saudi Arabia chose to break loose from OPEC plus in money terms of oil dispatches. The policy of Al Riyadh shows that it goes to press oil prices down and offer historical discounts.

Saudi Arabia may lower oil production since May but it breaks again the spirit of recently stricken OPEC plus deal since it’s eager to further oil discounts and therefore crushing Trump’s idea to boost oil price to consolidate his support among key players in the U.S oil (including shale oil) industry and Wall Street.

The U.S. Democratic party doesn’t care about the oil industry since they’re preoccupied with solar and other alternative projects they’re eager to generously finance from the U.S. budget.

Who pays for these discounts for Saudi Arabia when it’s ready to sell oil barrels for $10 to Europe while its break-even point is $60? According to my sources, Saudi Arabia has got a promise from top officials of the U.S. Democratic Party that when they defeat Trump they’ll repay Al Riyadh for its part in the Big Political Game against Trump.

So now Trump is hopeful that good economic mood in China will be Plan B to reinvigorate Wall Street, and we all will see how it works in the coming week.