“The use of Bitcoin in DeFi is on the rise while native tokens based on Ethereum follow the pump and dump fate.” – economist V. Ginko.

Decentralized Finance (or DeFi) meets the new reality. The investors don’t want to sell Bitcoins but convert them to some DeFi tokens such as wBTC and then use it for DeFi operations. According to Skew, the value of wBTC already exceeds $1 billion. There’s about one-third of the Ethereum value locked in DeFi and Bitcoin is going to upbeat it.

It seems that DeFi is on the path of great transformation. The current DeFi hype is spurred by the orchestrated moves of the number of centralized cryptocurrency exchanges and favored by the ETH miners – the main beneficiaries of this hype. But they may ruin the fate of Ethereum.

The hot UNI token, “governance token”, may pass the Howey test and then may put the activities of Binance, Coinbase at regulatory risk. The rise of Bitcoin in decentralized finance only shows the demise of ETH tokens and hints at another path of the DeFi future.

The fall of the Ethereum 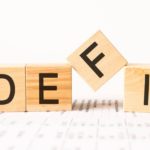 The U.S. authorities keep an eye on all Ethereum-related activities citing the case of Virgil Griffith who’s been charged with “conspiracy to violate the International Emergency Economic Powers Act” when he’s taught about Ethereum tech at the last year’s blockchain and crypto conference in North Korea. Bitcoin doesn’t have such regulatory risk as ETH tokens, therefore, doesn’t have any “Virgil Griffith case” potential negative sequences.

The interest in Ethereum is sharply declining. Since the beginning of September ETH is down from $475.5 to $371 despite the DeFi factor that could propel ETH to ATH in other cases. But it doesn’t work this way. Currently, Ethereum blockchain success with enormous gas fees could be challenged by other competitors such as Bitcoin and Tron (TRX).

Tron based Dapps outpace the same ones on Ethereum in terms of users, transactions, volume, and the number of active applications.

Investors are less prone to trade Ether on centralized exchanges and at the same time, the number of Ethereum holders might keep declining further.

Additionally, the number of addresses holding at least 1,000 Ether reached a 2-year low of 7,265. These three factors point to the dim outlook for Ether.

On September 6th, 2020, the Ether eclipsed Bitcoin for daily figures in terms of the value of transactions. But what’s about the quality of those transactions? The most of such transactions on Ethereum are sometimes being called as “DeFi lending” transactions, but Ryan Sean Adams argues that “DeFi lending doesn’t exist” at all.

Indeed we witness the growing number of operations inside Uniswap each of them is being accompanied by the necessity to pay a huge bill for the use of Ethereum blockchain, sometimes up to $400 per one transaction.

Ethereum styled DeFi looks like a casino machine in which ICO phenomena have earlier transformed putting aside the opportunity to become a powerful digital tool to draw financing to real business instead of old fashioned ICO procedure.

The same is a case for DeFi. Instead of being a platform for providing quick, low-cost lending solutions to real business DeFi functions as a machine that creates profit mostly for the ETH miners, centralized cryptocurrencies exchanges, and the small groups of hodlers (and projects’ insiders at the same time) of the majority DeFi tokens.

The number of wallets holding more than 1,000,000 Ether is on the decline and it means that we witness the end game of Ether. The absence of institutional players holding vast amounts of Ether is obvious.

Ethereum follows the way of XRP. While Ripple tech may to some extent be useful XRP loses its appeal. The situation with the Ethereum blockchain is worse. Being overcrowded by quasi lending operations it grabs insanely more fees, each hour about $1,000,000, the 5-year All-Time-High.

But this profitability is based on sand. The key DeFi governance tokens like COMP, YFI and UNI are one the drastic decline highlighting the end of current DeFi as we know now it. DeFi future doesn’t belong to Ethereum. 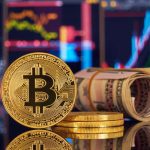