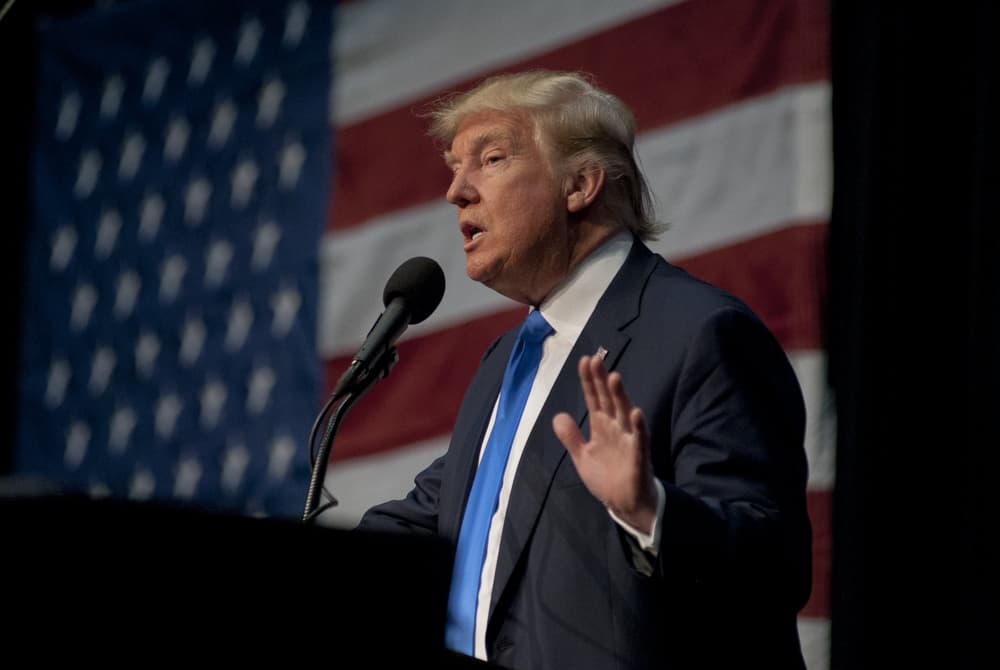 The key U.S. crypto influencers are anti-Trump, and their political bias should keep Trump worried about Bitcoin.

The first debates between the U.S. President Donald Trump and Joe Biden revealed the fact that explains the current situation with digital assets regulation in the U.S.

The reaction of the U.S. crypto community, the strongest in the world, has shown that the anti-Trump mood is still prevailing among the key crypto figures.

The billionaire Mike Novogratz said, “How in God’s name is this the President of The United States. So embarrassing” and lashed out at the current American leader declaring that “Trump has ZERO decency. ZERO control. ZERO morality. And he knows he’s gonna lose.”

Gabor Gurbacs, a digital asset strategist and director at VanEck made a harsh joke from Trump’s appearance at the debates. Eric Voorhees, the CEO of ShapeShift, shared the devastating characteristics of Trump calling him “fairly despicable in all apparent behavior.” This opinion was retweeted by Ryan Selkis, the founder of Messari.

Mike Dudas, the founder of The Block, who is typically critical for Trump, has deleted his last criticizing tweet with such an opinion. Moreover, he seems very cautious in expressing his political stance.

His Twitter feed has shown that he chastised it from any mention of the current U.S. President. Additionally, Mike has also deleted another of his tweets where he has expressed real concern over the health risk for Biden as Joe has participated in the debates with Trump who’ve contracted COVID-19.

Mike’s cautiousness regarding the political issue may prove to be a thoughtful stance. Indeed the relations between the U.S. crypto community and Donald Trump worsened last year, and the U.S. President proclaimed that he is “not a fan of Bitcoin and other Cryptocurrencies, which are not money, and whose value is highly volatile and based on thin air.”

The pressure of the authorities

The pressure of the SEC and CFTC against dozens of crypto startups have drawn a gloomy picture.

Virgil Griffith, one of the Ethereum developers, was arrested for assisting North Korea in evading sanctions and conspiracy to violate the International Emergency Economic Powers Act. Griffith faces up to 20 years in prison just because he allegedly taught North Korea’s officials how to use cryptocurrencies, and this knowledge may help them to bypass U.S. sanctions.

The recent backlash against BitMEX whose controlling entities are based on Seychelles is another remarkable case. CFTC sues Arthur Hayes, the CEO of BitMEX, and two more people of his team (one of them is already in jail) “to enjoin their ongoing illegal offering of commodity derivatives to U.S. persons, their acceptance of funds to margin derivatives transactions from individuals and entities in the U.S.”

The U.S. power is keen to control all activities in the crypto sphere when it relates to U.S. citizens and is ready to pursue any companies and persons everywhere in the world if any market players put the realization of this plan at risk. The U.S. intention to control 51% of the world Bitcoin mining hashrate is in place.

It seems that Trump’s concern over cryptocurrencies goes far beyond the problem of sanctions’ avoidance. The current U.S. administration is very fond of innovations and Bitcoin may start playing a more important role in the U.S. economy.

The only one obstacle for Trump is that the U.S. crypto community expresses a public anti-Trump stance, and Trump should be worried because such a negative stance might imply generous Bitcoin donations for the Biden’s Presidential bid.

Trump can’t stop such Bitcoin transactions even if they possibly may violate the U.S. elections legislation, but if you can’t beat them, lead them.

This year in his speech at the World Economic Forum President Trump promised “to continue to embrace technology, not to shun it.” If Trump secures his second Presidential term then he’ll be free to accomplish it.

It is worth pointing out that the U.S. rush into Bitcoin mining may potentially be a prerequisite for developing the state project of digital dollars based on this finite and scarce resource often called digital gold as well.