Russia again increases gold hoarding and may miss a unique chance. The looming severe sanctions from the United States may provoke a cascade selling out of Russia’s debt.

It seems that some people in Russia’s elite believe that the new sanctions are almost inevitable. This may explain the brave step of Russia’s central bank to slash the key rate to 4.25% despite the mounting pressure on the Russian ruble.

The U.S. dollar Year-To-Date (YTD) appreciation to the Russian ruble amounts to 19.5% while the euro became 26.8% more expensive. The downgraded rate led to capital outflow from Russia’s sovereign debt. The share of foreign investors has plummeted from 34.9% in March this year when the regulator’s rate was 6% to the current 29.8%.

Analysts of the debt investment and macroeconomic professionals Fitch Solutions believe that Russia will cast a heavy weight behind an idea of the increasing state gold hoarding. In recent years Russia’s state became the biggest buyer of domestic produced gold and hoarded about 2,300 tons of this metal to the beginning of the current year.

The first half of this year demonstrated the willingness of some state actors to get a profit from the rise of the gold price and the second quarter was marked by the 87 tons of gold sold.

It was a glimpse of hope that Russia’s state will change the course to hoard gold but some recent developments indicate that the key Russia’s banks from the country’s state ecosystem have begun to buy gold again.

VTB bought about 11 tons in July thus increasing its gold reserves up to 58.2 tons. The largest Russia’s bank, Sberbank, whose 52.3% of ordinary shares belongs to the Russia’s government (the same figure for VTB is 60.9%) has bought in the mid-summer 5.9 tons of gold. In total Russia’s banking system has accumulated 97.7 tons of gold in August, up 21% from the month earlier.

Fitch Solutions also notes that currently, we witness a harbinger of harsh pivotal change in Russia’s strategy when the Kremlin gives a nod to the rising gold hoarding. Is it good for Russia’s financial system? It seems that Russia falls into the gold trap. The company analysts estimate a 40% jump of gold production in Russia in the coming nine years, from 11.3 to 15.5 million ounсes a year.

Of course, Russia’s state is going to stimulate buying out new volumes by its peers but the fate of gold in the next decade is obscure. The wind of change is well perceived by the gold bug Peter Schiff. A harsh critic of Bitcoin has solicited the public to send the key digital asset as a Birthday gift for his son, Spencer Schiff.

One of the first Bitcoin billionaires in the world, Tyler Winklevoss, doubts the fundamental factor behind gold’s price resilience, its scarcity:

“The supply of gold is actually unknown. While gold remains scarce or ‘precious’ on planet Earth, the same cannot be said with respect to our galaxy.”

Bitcoin may beat gold in this term and hence BTC becomes the “digital gold” while the physical gold is going to gradually lose its investors’ appeal. Winklevoss believes that gold steals a show and its price will skyrocket to the $500,000. And what we know now. Bitcoin is up 62.47% YTD while gold trailed behind the cryptocurrency with a 29.7% rise.

Of course, there are various opinions in Russia’s elite about what’s worth doing in the case of looming new U.S. sanctions. Some of them pursue an idea of Bitcoin investments as I’ve indicated last year. Some of them have invested in Bitcoin in the January 2019 year when its cost was $3,500 and now may see almost 95% of days from that day a positive return on investment.

The current price of Bitcoin is not $500,000 yet, but $11,700 which means a 330% return for less than two years. Russia may miss an opportunity to catch a lucky ‘Bitcoin ticket’ to the future and instead of it falls into the gold trap. 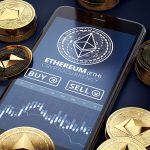