After recording a surge in popularity in 2021, the non-fungible tokens (NFTs) market is now in dire straights in correlation with the general crypto sector. However, a section of the market is projecting a rebound in the NFT space with a possible increase in use cases.

In particular, the founder of Web3-focused venture capital (VC) firm, Haun Ventures, Katie Haun, has suggested that NFTs will make a comeback mainly inspired by the general shift to the digital world, she said during an interview with Bloomberg Crypto on October 4.

Haun, the CEO of the $1.5 billion VC firm, noted that a return of NFTs would also be powered by the increasing availability of the necessary infrastructure.

“We are going to increasingly live in a digital world. And I happen to think that if you live in a digital world, you’re going to want to own digital goods in that world. You’re not just gonna be satisfied to rent them, which is what we do now.<…>You don’t really own anything. You’re subject to the whims of a platform. And I think NFTs and digitally scarce goods fundamentally change that. I think you’ll see NFTs back again,” she said.

“We think that there will be a lot of new use cases unlocked when the infrastructure is there, when it’s more efficient and user-friendly. “

It is worth noting that the collapse of the NFT market was recently highlighted by the significant plunge in the trading volume. As reported by Finbold on September 29, NFT trading volume dropped by 97% since the high recorded in January.

Notably, the drop in trading volume highlights the initial triggers of the sector’s growth that saw most people venture into digital collectibles to make money. For instance, in June, a survey indicated that about 64.3% of persons surveyed only purchased NFTs to “make money.”

Despite the reduced interest in NFT, several leading global brands continue to show interest in the sector by applying for trademark licenses.

However, backers of the NFT sector believe the sector will make a comeback if creators and marketers focus on providing utility for users. 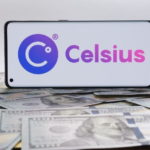