Despite the cryptocurrency market expanding at an unprecedented rate and digital assets becoming adopted almost everywhere as an alternative to traditional money, some authorities have taken a very critical approach to them, prompting certain groups to advocate for their adoption and fair regulation.

One of these groups includes 21 human rights advocates from 20 countries around the world, which have written a letter to United States lawmakers in which they defend cryptocurrencies and praise their role in societies around the world:

“Bitcoin provides financial inclusion and empowerment because it is open and permissionless. Anyone on earth can use it. Bitcoin and stablecoins offer unparalleled access to the global economy for people in countries like Nigeria, Turkey, or Argentina, where local currencies are collapsing, broken, or cut off from the outside world,” they wrote.

According to the letter, these advocates “have dedicated ourselves to the struggle for freedom and democracy. In this struggle, we have relied on Bitcoin and dollar instruments known as stablecoins, as have tens of millions of others living under authoritarian regimes or unstable economies.”

Furthermore, the letter states that:

“We write to urge an open-minded, empathetic approach toward monetary tools that are increasingly playing a role in the lives of people facing political repression and economic hardship. We are not industry financiers or professional lobbyists but humanitarians and democracy advocates who have used Bitcoin to assist people at risk when other options have failed.”

It must be noted that this letter is a response to the one written a week earlier by a group of over 1,500 computer scientists, in which they urge the lawmakers “to resist pressure from digital asset industry financiers lobbyists, and boosters to create a regulatory safe haven for these risky, flawed, and unproven digital financial instruments.”

In the letter, they state:

“By its very design, blockchain technology is poorly suited for just about every purpose currently touted as a present or potential source of public benefit… Despite more than thirteen years of development, it has severe limitations and design flaws that preclude almost all applications that deal with public customer data and regulated financial transactions and are not an improvement on existing non-blockchain solutions.”

Finally, they expressed the opinion that blockchain technologies lack real-economy uses. Instead, they criticize cryptocurrencies for being “unsound and highly volatile speculative investment schemes” promoted to people who may not fully comprehend their nature and risk.

Both letters arrive at a time when Congress is considering laws to regulate digital assets; lawmakers are offering regulatory frameworks for the crypto markets as the country looks to possibly set an example for the entire world on the matter. 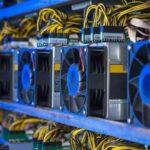