As inflation mounts and cryptocurrencies become more accepted as a valid alternative to traditional assets, increasingly more people are jumping on the bandwagon, becoming crypto investors themselves. One of the countries where this trend is most clear is Nigeria, a study has revealed.

Specifically, the latest report by KuCoin, one of the leading crypto exchanges in the market, has uncovered that 33.4 million Nigerians, accounting for 35% of the country’s population between the ages of 18 and 60, are either current owners of crypto or have partaken in crypto trading in the previous six months, according to a press release published on April 12.

Finally, 70% of Nigerian crypto investors have said they were planning to grow their investments in crypto in the following six months, “giving reasons to believe that digital asset adoption in the country is accelerating,” the press release said.

What is behind the soaring adoption of crypto in Nigeria?

According to the study, there are several reasons to explain the high rates of crypto adoption in this country.

“The first one is limited access to affordable financial services. While its economy relies heavily on remittances, a large proportion of its population does not have access to bank accounts, and money transfer is slow and costly.”

Secondly, the standard of living has been in a decline, while the rates of unemployment have risen, “caused by a combination of Naira depreciation and the inflation of goods and services.”

“Cryptocurrencies have therefore become alternative solutions for the storage and transfer of assets,” the report added,

The third reason is Nigeria’s relatively young population which makes the country generally open to adopting a digital economy.

Meanwhile, a report by the International Monetary Fund (IMF) has suggested that people in countries with greater levels of corruption are more likely to use cryptocurrencies in other nations, urging more severe international regulation of digital assets, as Finbold reported.

“The pseudonymity of crypto-assets (whereby transactions require only digital identities) makes them a potential vehicle for illicit flows, including flows of proceeds from corruption,” the IMF report explained.

Notably, in 2021 Nigeria ranked 154th among the 180 countries listed in Transparency International’s Corruption Index, with South Sudan being the most corrupt at 180th and Denmark the least corrupt, in the first place.

It is also worth mentioning that the Nigerian central bank has recently penalized four banks in the country, ordering them to pay nearly $2 million for allegedly facilitating cryptocurrency transactions in 2021. The Central Bank of Nigeria (CBN) considers digital assets harmful to the country’s financial system. 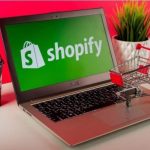