According to information shared with Finbold on December 19, Affyn noted that the sale for land that matches Singapore’s real-world locations was sold out in 2 hours and 9 minutes. The ability to match the location was made possible by the use of mobile geolocation technologies inside metaverse cities.

Notably, the NFT land comprises hexagonal tiles measuring 65.9 meters per side, amounting to about 15,047.5 square meters per tile. Interestingly, each tile has unique climates and features based on its rarity level.

Owning the NFT land also comes with several benefits, such as building and monetizing alongside taking part in engaging activities.

Indeed, the latest milestone is a build-up to the initial collection of 400 “Generation Zero Buddies” NFTs. The collectibles were purchased within 100 seconds of listing.

Following the initial success, Affyn founder Lucaz Lee noted that the company has lined up expansion to other cities with plans to enable landowners to develop their economies in the NEXUS World.

“Once again, our valued community is displaying extraordinary interest in our NEXUS World initiative. Starting with the Singapore metaverse city, we look forward to seeing how the metaverse economy can function and drive added value for users. With more cities in the pipeline, we are excited about the ecosystem’s prospects, namely to see how Landowners opt to develop their plots to co-create the economy of NEXUS World,” Lucaz said.

Furthermore, other global cities are set to be launched within the first half of 2023. The platform noted potential buyers could prepare to get a stake by acquiring Flags in the ongoing flag sale. 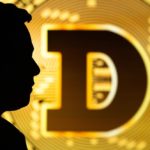