Nexera ID is a unique technology solution that uses programmable smart wallets to improve privacy, security, and self-custody. With the Nexera ID digital wallet, users’ digital assets and identification information are safely stored inside a specific kind of digital token known as a MetaNFT.

In particular, users of the smart crypto wallet may establish their own rules for the disclosure of personal data, the management of digital assets, and the performance of wallet-related tasks, including the retrieval of funds.

Notably, the self-custodial smart wallet is also built on the Nexera Protocol and uses “soul-bound” MetaNFTs to establish a wallet.

“Nexera ID solves some of the biggest challenges in the space today around self-sovereignty, self-custody, and privacy. This solution allows users, projects, and institutions to have programmable smart wallets with multi-factor authentication and to customize their recovery rules in case of hacks, lost private keys, or mnemonics.”

“Builders and developers can easily integrate Nexera ID to create interoperable solutions that makes it easy to use their platforms and solutions. With Nexera ID, we are ushering in the next era of self-sovereignty, self-custody, security of digital assets and protecting users’ privacy.”

Compatible with both custodial and non-custodial wallets

For a smoother transition to Web 3.0, Nexera ID states it can work with current social Web 2.0 login systems as well as custodial, semi-custodial, and non-custodial wallets. This flexibility means that blockchain developers can swiftly respond to the shifting environment of blockchain, especially in the areas of regulation and compliance.

Most Internet users already have at least one Web 2.0 identity; by utilizing these already available identities as verifiable credentials and authentication mechanisms, Nexera ID will make it much easier for new users to join.

Nexera ID is labeled as ‘the first programmable smart wallet of its kind’ with a mutable and composable non-fungible tokens (NFT) standard that stores balances, credentials, and rules as features. According to the press release, this preserves user privacy and produces a digital passport that makes it simpler for people and institutions alike to utilize or design solutions that will drive a new era of adoption into Web 3.0.

Finally, users of Nexera ID are granted full custody of their assets and identities and are also enabled to act with full sovereignty without relying on centralized intermediaries in order to be entirely self-regulated by the core features of a privacy-focused programmable smart crypto wallet. 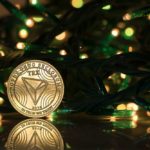