Although Shiba Inu (SHIB) is among the largest losers of the recent slump in the crypto market, the token has had a rather good recovery over the last week.

In the last week, Shiba Inu has climbed 4.05%, one of the better performers in the top 20 cryptocurrencies over the previous week, adding over $250 million to its market worth over, according to data acquired by Finbold from the CoinMarketCap.

In addition, when analyzing the token summary, the on-chain metrics that provide a general understanding of the money made around Shiba Inu reveal that the number of holders in profit at the current price is slightly over a quarter at 26%, with 69% of SHIB holders at a loss and just 5% breaking even.

Furthermore, the composition of Shib holders indicated that 30% had held the asset for more than a year, 66% held it for up to 1-12 months, and just 4% held it for less than one month.

While this is going on, momentum and value signals, which help explain to some degree the on-chain sentiment of Shiba Inu, show that the actionable signal is bearish at present.

Notably, in the most recent days, SHIB has shown some signs of rallying as developers on the network strive to make the ecosystem more feasible by including components such as the metaverse and decentralized finance (DeFi).

Throughout the same period, interest in the token has decreased, a trend characteristic of many cryptocurrencies during their spectacular ascent during the previous year.

The crypto community is placing its bets on SHIB as the driving force behind the market rebound after the widespread sell-off. For instance, data obtained by Finbold from the price estimate function on CoinMarketCap on September 30 suggests that the cryptocurrency community predicts Shiba Inu to trade at an average price of $0.000013 by the end of October 2022.

As things stand, SHIB is currently trading at $0.00001136, up 0.76% in the last 24 hours, a significant way off the price estimate but still early in the month. Meanwhile, the dog meme token has a total market worth of $6.2 billion, ranked 14th by market capitalization. 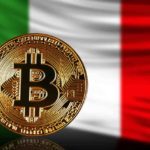