The charges could be filed in the next two weeks, said one of the people familiar with the matter. The European Commission is working on its case. One of the sources said that it has already drafted a charge sheet which has been circulating for at least two months now.

The formal charges come as the commission carries out its two-year-long investigation into Amazon’s differential treatment to third-party sellers on its platform. Amazon is working as a marketplace for third-party sellers as well as using data from them to compete against them.

In several categories, the company has launched its own products that are based on the data it scoops from third-party sellers. Amazon has declined to comment on the matter but the company has previously disputed the claims. It said that it doesn’t abuse its powers and retailers typically sell their own private-label brands as well.

The company is facing similar problems in the US as well. The Federal Trade Commission is investigating the company for its business practices in both cloud computing and retail. The House Judiciary Committee and the Department of Justice have also opened antitrust probes into large tech firms.

Amazon takes a stand for #BlackLivesMatter

The eCommerce giant has been vocal in its support of the #BlackLivesMatter movement. Last Sunday, Bezos shared a racist email he received from a customer on Instagram. Amazon added a BLM banner on its website in support of George Floyd and the movement. The customer said that he is canceling his order and ending all business relationship with Amazon. He also said that others will do the same if the company didn’t change its stance. In response, Bezos said,

“Dave, you’re the kind of customer I’m happy to lose.”

Bezos and Amazon have suffered criticism at the hands of several customers and their own employees over the company’s practices and its stand on different issues. 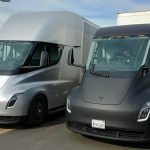 Tesla to focus on volume production of Semi Commercial Truck