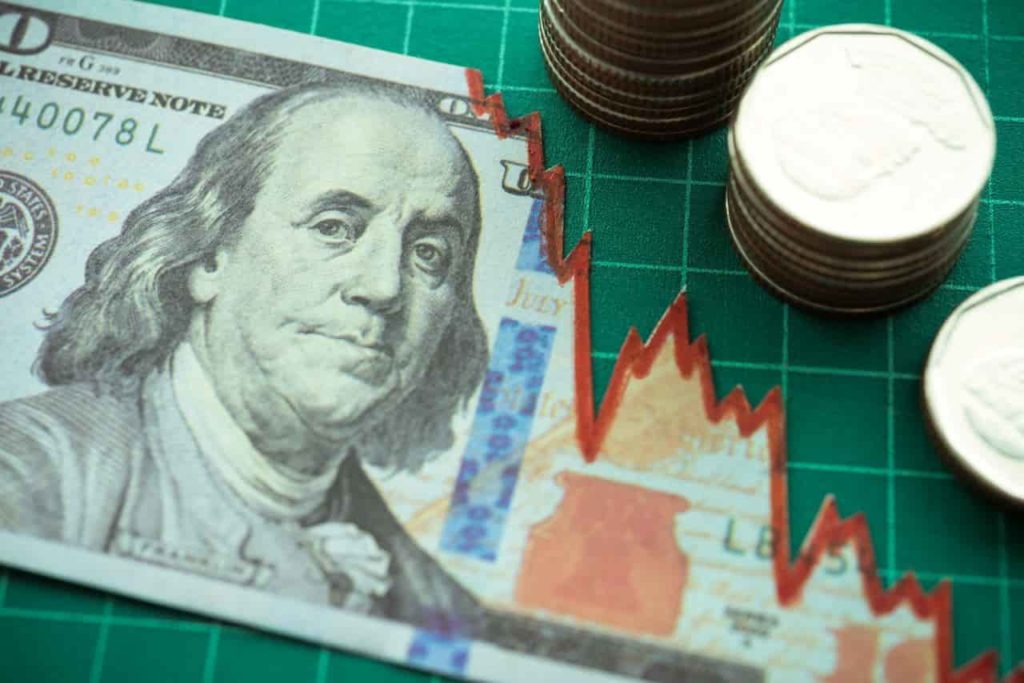 As a result of rising inflation, expectations for global economic growth are being revised downward, and it would seem that the global economy is now in the midst of a significant growth slowdown.

The troublesome combination of high inflation and reduced growth raises worries of a protracted period of stagflation, which seems more likely in 2023 if inflation is not brought under control.

Speaking with Kitco News Michael Gayed Portfolio Manager at Toroso Investments, pointed out which issues inflation is causing and what other outcomes can markets expect if it’s not brought under control. Gayed argued that a sovereign debt crisis due to a rise in treasury yields could occur as other countries fail to pay back their dollar-denominated loans.

“You have a real strain on the international side right now. We know that a lot of sovereign international entities borrow in dollars for debt, and as they scramble for dollars, as the dollar itself keeps on rallying and rising and their currencies depreciate, there becomes a real funding strain for these economies that don’t have the luxury of being the reserve currency and that cannot rely on modern monetary theory to pay off those liabilities.”

Furthermore, Gayed pointed out that there is apathy in economies around the world as the US dollar rallies.

“So we are in this really nasty situation. I keep going at this point that you’ve never had a period where your starting point of leverage is so high you’ve got higher interest expense collapsing tax receipts because capital gains are evaporating and is everyone just being apathetic to the idea that maybe things will be okay when it really may not be.”

Gayed suggested that a deflationary event could occur if an emerging market country refuses or is unable to pay off its dollar-denominated debt, this would then lead to a sovereign default crisis.

Overall, caution should be stressed to market participants as the way in which inflation will develop is still unclear; the aggressive Federal Reserve (Fed) is pushing down the prices of risky assets, but in the end, strong cash flow companies should have the advantage regardless of the environment.