Earnings season is here and today we look at what to expect from one of Canada’s top consulting firms- WSP Global (TSX:WSP). Valued at a market cap of $14.5 billion, WSP Global operates as a professional services consulting company in Canada, Europe, Asia, the U.S., the U.K., Australia, and other international markets.

WSP Global will report its Q1 results on May 12. In the meantime, let’s see what’s in store for investors.

What does Bay Street expect from WSP Global in Q1?

According to estimates from Yahoo Finance, analysts covering the stock expect WSP Global to report sales of $1.69 billion in the first quarter of 2021. Further, Bay Street expects earnings of $0.59 per share in the recently concluded March quarter.

In late 2020, WSP Global announced the acquisition of peer consulting company Golder Associates for $1.5 billion. Golder has operations in 30 countries and specializes in engineering and geosciences verticals. WSP expects the acquisition to be accretive and expects cost synergies to drive earnings higher as well going forward.

WSP has been one of the top-performing stocks on the TSX ever since it went public back in early 2014. The stock has in fact returned 320% since its IPO. Right now, analysts have a 12-month average target price of $135 for WSP stock which is higher than its current trading price of $128. 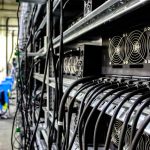