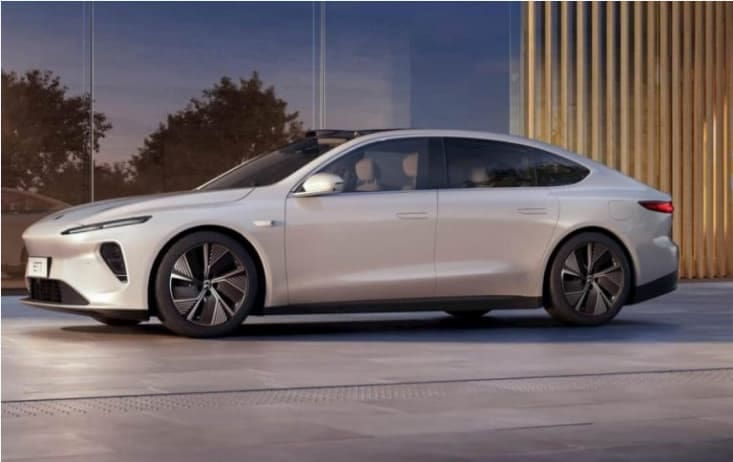 Late last week, Nio released its fourth-quarter and full-year 2021 financial and operational results, and investors were not initially pleased. Following the release on Friday, Nio’s price fell, but some investors saw the loss as a chance to purchase the stock on Monday morning.

Nio informed investors in its earnings that its first-quarter electric car deliveries would be almost linear when compared to the previous quarter.

However, although this would still represent an increase of more than 25% over the first quarter of 2021, it would reflect a slowing in the pace of growth.

In the last month, NIO has been trading in a wide range between $13.01 – $23.34 range but with recent bullish moments is currently trading near the highs of this area.

Notably, the company is trading below its 20-50-200-day simple moving averages (SMA), which are often used as uptrend or downtrend indicators by growth stock investors.

The short-term trend remains neutral, while the long-term trend continues to be negative. More sustained positive activity is required to make this really interesting as NIO recently broke above a descending horizontal resistance level.

A support zone ranging from $19.91 to $20.04 is formed by a combination of various trend lines and important moving averages in multiple time frames. Conversely, the first resistance level is at $21.98 from a horizontal line in the daily time frame.

Whatsmore, Nio does not show a decent setup pattern as prices have been consolidating lately, and the volatility has been reduced. Due to the increasing volume and the price movement being a little too unpredictable to locate a decent entry and exit point, it is perhaps best to wait for a longer consolidation phase.

Furthermore, based on the price projections of 17 TipRanks experts’ stock recommendations for NIO over the last three months, 15 analysts advise to ‘Buy’ while two favor ‘Hold,’ interestingly, none of the experts’ advocate to ‘Sell.’

Based on their recommendations, the consensus rating for Nio stock is a ‘Strong Buy‘ with a 109% upside, making it an attractive buy for both traders and investors, as even their lowest price projection of $28.30 is greater than Nio’s current price of $21.21.

Catalysts on the cards for NIO in 2022

Despite the flat projections for the first quarter of 2022, there are a number of catalysts on the horizon that should re-ignite Nio’s growth rate. It is expected that Nio’s first ET7 luxury automobiles would begin arriving this week.

Moreover, the ET7 will also apparently be used to launch a new semi-solid state battery with a range of 621 miles (1,000 kilometers) on a single charge, according to reports.

Even when COVID-19 lockdowns are reported in China, Monday’s stock increases are a positive development. While this is impacting Nio’s rival Tesla (NASDAQ: TSLA), which has been forced to shut down its Shanghai manufacturing for four days, Nio has not yet been forced to reduce output as a result of the crisis at hand.

Given the expectation that new products and plans will be developed in Europe this year, investors are taking advantage of the stock’s dip from last week as a chance to purchase NIO at its current price.