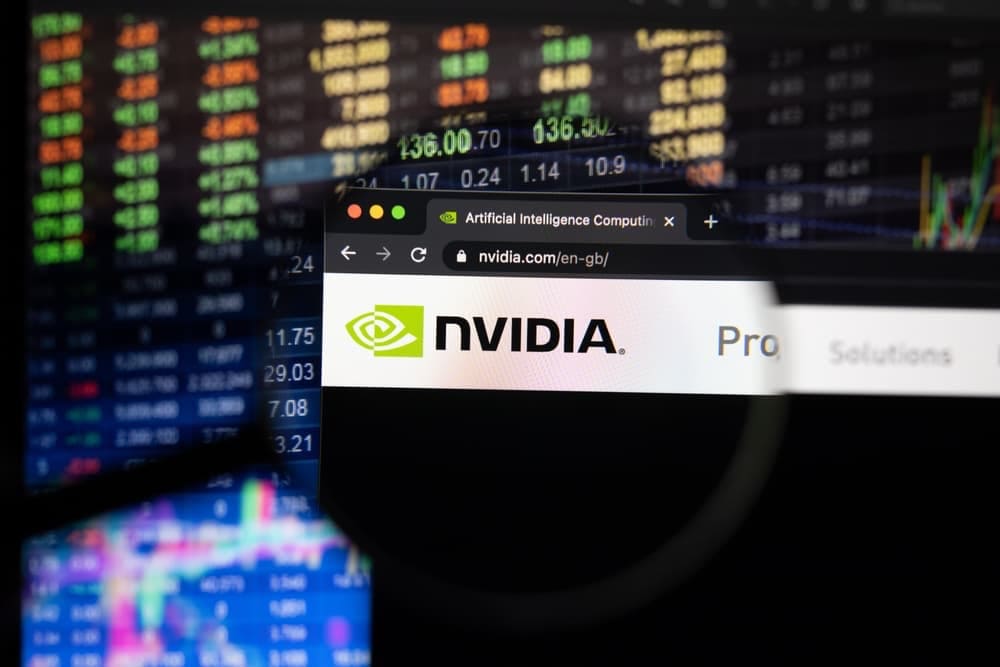 The stock has an impressive and continuous price-increase trend, with the medium-term outlook seeming relatively favorable thanks to a steady general performance, despite the fact that we have some reservations about the most recent development.

Whatsmore, the volume has increased significantly during the last few days. This is a dangerous indicator when combined with the recent steep decline.

The company’s shares are currently trading below its 20-day simple moving averages, which stock investors commonly use to identify uptrends. In light of recent performance and a price below the 20-day SMA, it looks that the firm’s short-term momentum is bearish.

Resistance is found at $324.28 from a horizontal line in the daily time frame, whereas a support zone ranging from $281.60 to $283.86 is observed by a combination of multiple trend lines.

Despite the recent dip, based on Nvidia’s performance over the previous three months, 26 Wall Street stock trading experts produced 12-month price projections for the firm that looks positive.

According to TipRanks, twenty-four experts recommend to ‘Buy‘ Nvidia, while two analysts advise to ‘Hold‘ the stock. Interestingly, none of the analysts suggests to ‘Sell.’

Consequently, most analysts consider Nvidia a ‘Strong Buy,’ raising their average price target to $360.17 with a 26.88% upside from its current price.

It appears analysts are divided on the stock with some remaining bullish despite J.P. Morgan recently recommending investors to look at semiconductor companies such as Broadcom (NASDAQ: AVGO), Marvell Technology (NASDAQ: MRVL), and KLA (NASDAQ: KLAC) as better options to profit from the semiconductor industry’s tight supply chain, according to TheFly.

Indeed, J.P. Morgan analyst Harlan Sur’s “top picks heading into 2022” are the three competing companies listed above. Sur thinks that the environment that supported the semiconductor industry’s significant sales growth in 2021 will continue to exist in 2022.

Ultimately, the burgeoning technology sector has only exacerbated the imbalanced supply/demand scenario.

These variables seem to be here to stay for the foreseeable future, at the very least. Thus, the long-term prospects for Nvidia seem to be quite promising. However, if the company fails to meet the market’s growth expectations, it may face repercussions from Wall Street.

Thus, this is the most significant danger to which Nvidia shares are now exposed. A variety of reasons might contribute to difficulties. The supply chain bottleneck increased pricing, and the possibility of further pandemic interruptions might all impact its ability to meet production objectives.