The AR/VR company’s software is linked with popular virtual and augmented reality headsets. They are integrated with headsets from brands like HTC, Playstation, Oculus, Lenovo, and Microsoft.

NextVR has many deals with entertainment networks like Fox sports and sports leagues, including the National Basketball Association (NBA). Additionally, the startup has experience and expertise in live streaming in virtual reality. That ability comes in handy for live concerts and games.

NextVR reportedly became available to acquisition since it:

“failed to secure a Series C round of funding in early 2019, however, which resulted in a 40% staff reduction at the time.”

NextVR, a Newport Beach, California-based startup, shut down announcing on its website that it is “heading in a new direction.” Apple acquires small technology companies occasionally without discussing its plans or purpose.

This time around, it did not disclose a purchase price. But, it was believed in April that Apple was in talks to buy NextVR for about $100 million, according to website 9to5Mac.

For now, it is still unclear what the team from NextVR will be working on at Apple. However, there are increasing rumours that the company is working on a pair of smart glasses project.

Furthermore, the team could also lend their expertise to multiple other AR experiences on the iPad and iPhone. 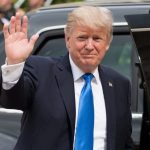