On July 15, the European Union’s (EU) second-highest court overturned a ruling that targeted Apple. The iPhone-maker received an order to pay €13 billion ($14.9 billion) in back taxes in 2016 to the Irish government.

The antitrust chief said that a ‘sweetheart deal’ between the Irish government and Apple meant that the iPhone-maker paid tax rates of below 1% for years. This deal came in a uniquely preferential package that counted as ‘illegal state aid’. Vestager said in 2016:

“Member States cannot give tax benefits to selected companies – this is illegal under EU state aid rules. The Commission’s investigation concluded that Ireland granted illegal tax benefits to Apple, which enabled it to pay substantially less tax than other businesses over many years.”

Both the Irish government and Apple refuted these claims.

However, judges of the General Court of the European Union overturned that decision. These judges said in a statement that the Commission failed showing to the requisite legal standard that Apple had any advantage from this arrangement. The Commission now has two months and ten days to appeal the overruling decision. 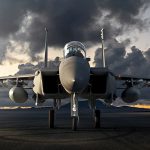