The latest reports reveal that Apple supplier Qorvo has purchased Decawave, an Irish chip maker. That deal is estimated to be worth around $400 million (€363 million). Ciarán Connell and Michael McLaughlin launched the Irish company in 2007.

The Dublin-headquartered startup firm offers ultra-wideband wireless technology via a low-power chip. Their chip can identify the particular location of any object indoors to almost a few centimetres. The technology, based on the IEEE 802.15.4 standard, is described by techies as being like “bluetooth on steroids.”

Qorvo announced that it aims to acquire both Decawave and Massachusetts-based Custom MMIC. Official reports reveal that the company will spend a cumulative $500 million on buying the companies.

The chief executive of the business, Mr. Connell, said that all Decawave investors made money on that deal. This acquisition ranks among the biggest exit by an Irish technology company to date. On the other hand, Qorvo has now gained access to a new and rapidly growing market.

The president and chief executive of Qorvo, Bob Bruggeworth, commented:

It also supports the bidirectional communication of data between devices. Apple recently added the technology to its U1 chip included in the iPhone 11. In the past, Decawave has raised more than $50 million in funding from backers like Act Venture Capital, Atlantic Bridge Ventures, Enterprise Ireland, and the $100 million China Ireland Growth Technology Fund. 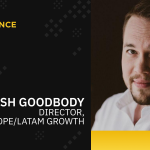