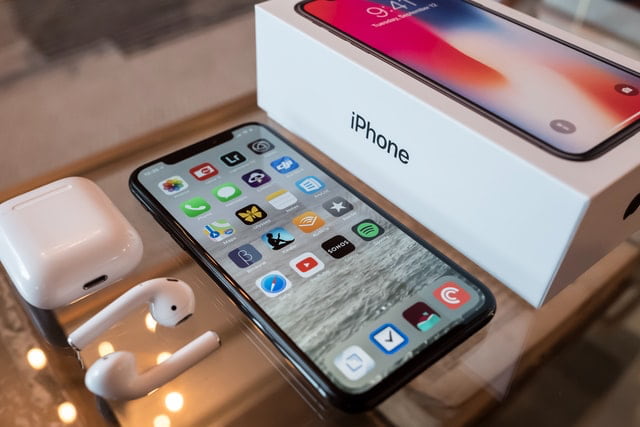 Smartphone shipments across the globe fell by 11% year-on-year to 314 million units in Q1 of 2022, however, Apple (NYSE: AAPL) still managed to grow its share of the market.

Currently, the company from Cupertino holds a firm second place in market share right behind its main competitor Samsung.

According to the information shared with Finbold on May 2, Apple’s estimated global smartphone market share increased by 20% while Samsung recorded only 9.09%. Other more notable smartphone manufacturers like Xiaomi, Vivo, and Oppo recorded a loss of market share, as per data supplied by Burga.

The manufacturer’s market share comprises sales in shipment estimates issued in April 2022; data on smartphone market share is given by the technology industry analyst company Canalys.

Shortages and regulations in the smartphone market

Lawmakers want Apple and Google investigated over mobile device trackings Amazon down over 9% since the stock split; What’s next for AMZN? Nike gets downgraded and announces exit from Russia; What’s next for NKE stock?

Component shortages, price inflation, and an unstable business environment due to the war in Ukraine have all contributed to a decrease in global smartphone sales. Apple however seems to have found a winning formula managing to grow its market share despite facing the same challenges as its competition.

More challenges seem to be ahead of the company as European Union antitrust authorities charged them with abusing their dominant position by preventing access to the technology used in contactless payment that is used in iOS mobile devices.

If found guilty APPL could be finned for the amount it charges users for the use of its mobile-wallet services.

“We will continue to engage with the Commission to ensure European consumers have access to the payment option of their choice in a safe and secure environment,” Apple stated.

In most cases, Apple’s gain in market share is a direct result of general factors such as rising disposable income, the expansion of telecommunication infrastructure, the appearance of low-cost smartphone models, and an increase in the number of new smartphone models launched each year.

It may be argued that the devices are becoming more popular as the corporation capitalizes on its existing customer base, which is drawn to the devices by the frequent addition of new features and the overall inventive design of the gadgets.

Whether this growth will continue will most likely depend on supply chain issues and the ability of companies to come out with less expensive models to target all niches of the market. For now, it seems as if the tech giant has found the secret sauce.