Crude oil futures are hovering around $118 as traders try to get a better feel of the demand outlook. Recently announced relaxation of Covid measures in China could spur demand; yet, inflation is still strong, which could dent consumer spending on gasoline.

With such a backdrop, oil exploration stocks could benefit, and as a result, Finbold identified one promising stock that could benefit from the uncertainty surrounding oil.

Callon Petroleum might be one of the companies that will have to ramp up oil exploration, drilling, and processing efforts to make up for the rising energy costs.

Based on the company’s estimates, the production average should be close to 103,000 barrels of oil equivalent per day (BOEPD). Further, production is currently expected to increase in the second half of 2022, from 62% to approximately 66%.

Equally important, the company released earnings at the beginning of May, posting revenue of $664.84 million, which represents a year-on-year (YoY) increase of 84.7% and a beat of expectations by $76.89 million. Similarly, the earnings per share (EPS) was $3.43, representing a beat by $0.08.

To top things off, the company announced on June 6 an update on operations for the rest of 2022, stating that $900 million of adjusted free cash flow is expected. Another important detail was shared, and that is that a natural gas production multi-year deal was secured, which should ensure longevity.

The shares of the company are up over 30% in the past month, possibly creating a new resistance around the $45, as the stock has bounced off of this level a couple of times. Increased trading volume was also noted in June, possibly indicating that the upswing could continue.

On the other hand, analysts rate the shares as a moderate buy, predicting that the average next 12 months price could reach $89.14, which represents a potential 51.47% increase from the current trading price of $58.85.

It seems as if high oil prices are here to stay, as demand will most likely increase, and oil production and exploration issues can not be handled overnight.

Such uncertainty over energy prices could benefit exploration stocks, among which CPE should be on investors’ lists as it offers a lot of potential upside. 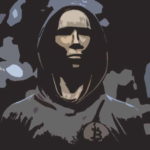