On August 25, Austral Gold Limited (ASX: AGD), a gold and silver explorer and mining producer released its half-year report for the six months that ended June 30, 2022.

On the other hand, the sales volume and revenue dropped despite the substantial increase in production. Namely, the firm’s sales volume dropped by 18.86%, to 13,831 compared to the same period last year.

Other operational highlights included the published earnings per share (EPS) of -$0.71, along with the earnings before interest, taxes, depreciation, and amortization (EBITDA) and adjusted EBITDA, decreasing to $0.3 million and $1.6 million, respectively, compared to $5.8 million and $5.9 million seen in 2021.

Furthermore, the company forecasts that production will reach 30,000 to 35,000 GEO in 2022, with a further ramp-up in production during the second part of the year.

Losses seen during the first part of the year were explained away by higher costs of production caused by lower grade and higher tonnage extracted from the mines, lower sales of GEO, and higher amortization charges of their Chilean mines.

Needless to say, the price of gold and silver on the markets will play a major role in seeing the firm return to profitability in the coming years, with access to capital through banking partners viability of the mining projects should not be in question, but profitability will depend on other macro factors, especially considering gold and silver miners hitting all-time lows compared to the S&P 500. 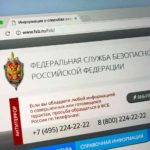