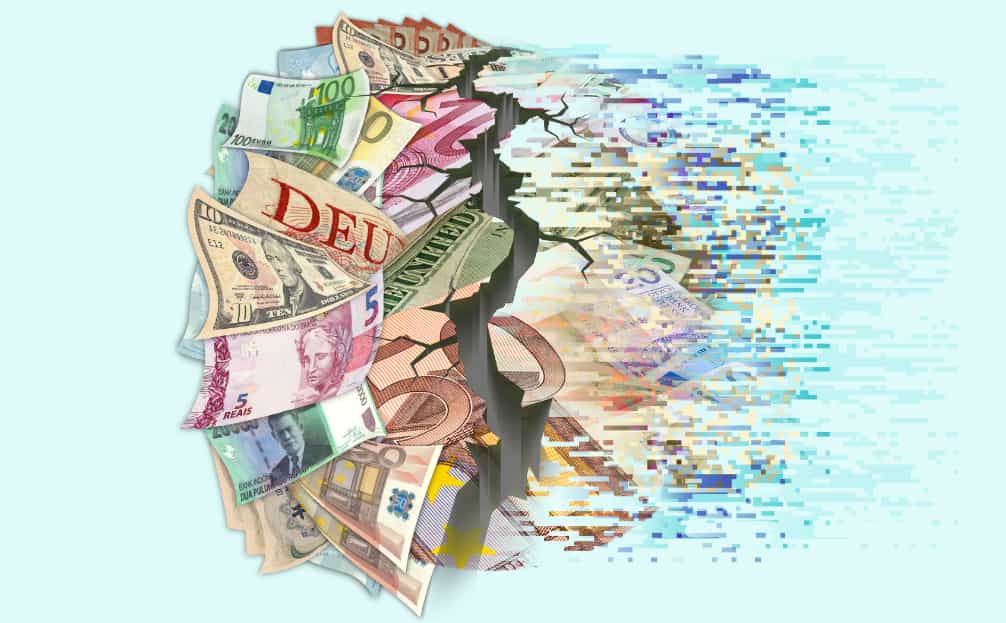 Auditing firm Deloitte has released a new study indicating that the global financial services industry (FSI) is experiencing a seismic shift building from trends initiated by the coronavirus pandemic.

According to the Deloitte 2021 Global Blockchain Survey, the future is digital, and institutions like banks should be prepared for the inevitable shift.

The study notes that FSI needs modernization of products and distribution for growth with blockchain among the critical areas forming the base for the change.

The researchers indicated that the foundation of financial services is outdated, and there is a need for revamping. The study recommends accelerated innovation to stay on top. In general, the finding placed focus on the role of blockchain and cryptocurrencies in the digital shift.

A record 73% of the respondents indicated that businesses would miss out on growth if they don’t integrate blockchain and digital assets in their operations. Furthermore, 76% opine that physical money might be replaced by cryptocurrencies within the next ten years.

The executives offered diverse answers on areas where cryptocurrencies will have more use. The top three options were greater efficiencies, including payments, transparency and compliance, and enhanced trust. Notably, some 43% of FSI respondents say that new payment options will play a key role for digital assets within their companies.

Elsewhere, leaders in the FSI sector ranked access to funding sources as the top option by a significant margin at 70%. Additionally, 80% of the respondents note that cryptocurrencies will likely play a vital role in their respective sectors within 24 months.

Interestingly, Deloitte notes that 81% of the respondents believe that blockchain technology is highly scalable and has already achieved mainstream adoption with different use cases.

The study adds that secure information exchange through the blockchain has the highest use cases, with cryptocurrencies ranking second. Notably, digital currencies ranked in the pole position for both FSI pioneers and the FSI sector generally. According to Deloitte Consulting LLP principal Richard Walker:

“As digital asset disruption rapidly changes the marketplace, global financial services are striving to reinvent themselves, creating businesses to generate new sources of revenue. Opportunities for real change in several areas of the global financial markets exist for those players that explore new ways to harness the power of blockchain technology and digital assets to reimagine their business models,”

Regarding adopting blockchain technology and cryptocurrencies, a significant number of the respondents at six out of ten and seven out of ten FSI pioneers cited regulations as the major hurdle.

Elsewhere, the respondent from multiple sectors noted that cybersecurity ranks as the number one issue.