After maintaining a hard stance against Bitcoin, Bridgewater Associates founder and billionaire Ray Dalio has acknowledged that the asset is part of his investment portfolio.

Speaking during CNBC’s Squawk Box’s show on May 24, Dalio stated that Bitcoin had made ‘tremendous achievements over the last decade’ hence the change of opinion towards the asset. He stressed that Bitcoin has emerged as an alternative to gold and other assets.

Dalio’s previous objection towards Bitcoin emanated from the assets’ high volatility, which he believed disqualified it as a store of value.

Additionally, Dalio noted that Bitcoin had gained traction to become the new form of money that might replace fiat currencies. He insinuated that Bitcoin is well-positioned to serve as a medium of exchange that acts as a store of value.

While changing his stand on Bitcoin, Dalio highlighted that the flagship cryptocurrency could act as a ‘gold diversifier’ and a store of wealth in the future.

At some point, Dalio stated that he left his options open, acknowledging that he might be missing something about Bitcoin’s popularity.

Although Dalio had expressed his objection to Bitcoin due to volatility, the asset has had a shaky 2022, recording a massive price correction. The asset is currently trading at $29,200 and has dropped by over 3% in the last 24 hours.

Despite the volatility, data shows that investors stay put as the asset attempts to sustain its value around the $30,000 level. As reported by Finbold, Sonnenshein, the CEO of the crypto asset management company Grayscale, stated that the recent sell-off in Bitcoin has not deterred investors.

Additionally, ‘Rich Dad, Poor Dad’ Robert Kiyosaki has called on investors to save Bitcoin and precious metals amid a turbulent global economy. 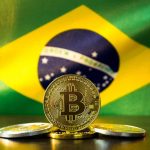