On May 25, several right defenders visited the Binance offices appealing their rights. They went there after suspecting that Binance cryptocurrency exchange was manipulating its platform to minimize profits made by traders. However, the security personnel denied them entry.

These right defenders took pictures in front of the offices and shared them widely on social media. In recent months, the right defenders have formed an organization that they use to see rights protection in Shanghai, according to Weixin.

Binance is yet to respond to these allegations at the moment. Thus, it is still impossible to determine whether the defenders’ investment losses are usual or caused by the exchange. No detailed evidence to prove this allegation is yet to be provided by both parties.

Several types of strange encounters exist when investing in Binance exchange, according to these rights defenders. Some of these anomalies include contract crashes, IEO losses, delisting FTX; and contracts that are unable to close positions and stop losses.

Also, defenders say that Binance has removed them from several Binance groups and were blacked out as soon as they joined. Email screenshots offered suggest that the Binance contract has had an error message of ‘the closing order was rejected’. That causes the failure of a timely closing of the position and investment losses.

Nonetheless, Binance maintains that although that information is reported, the position is closed at the submission time, and the information display is lagging. 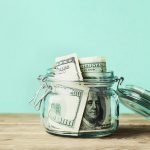 Pandemic pushes US personal spending to record largest decline since 1959