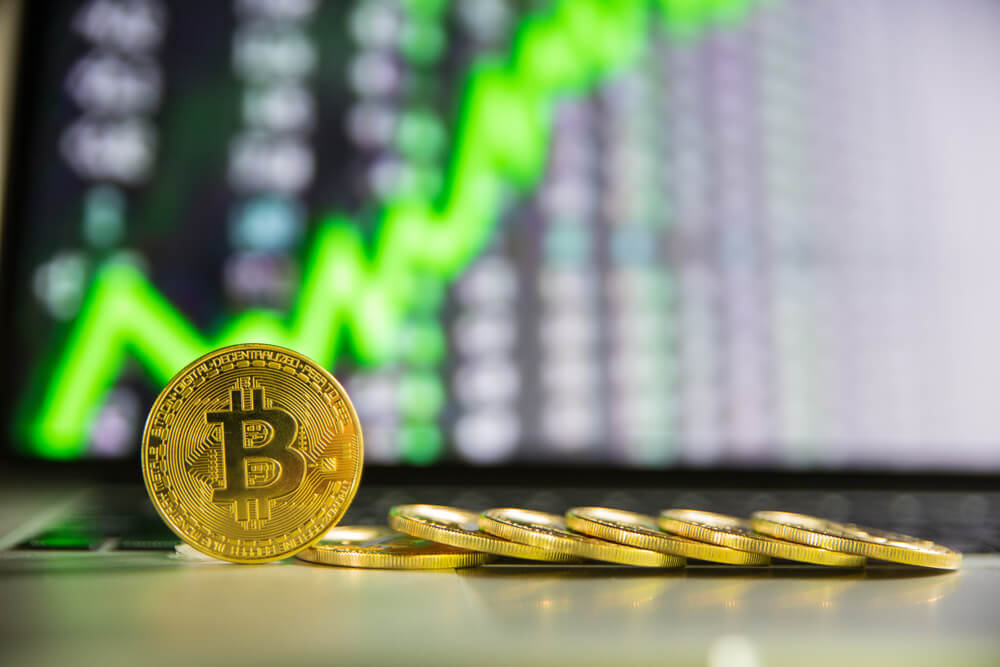 The world’s leading digital asset has fueled a crypto market revival over the weekend as Bitcoin broke six-week resistance to top $11,000.

Crypto asset markets are predominantly green during the Monday morning Asian trading session following a bullish weekend for Bitcoin and its brethren.

Bitcoin had been consolidating in a range-bound channel for the best part of the past month but it finally managed to break out over the weekend spiking to a high of just under $11,500 on Saturday according to Tradingview.com.

Unlike previous instances, there was no immediate dump as the asset held on to gains strengthening the bullish market sentiment. Bitcoin has now posted five green daily candles in a row taking it to its highest price since September 2.

Social interest in Bitcoin hits 2-month high as BTC hovers above $19,000 Only 14% of Litecoin holders are currently in profit, while Ethereum’s is at 51% Ethereum ‘Rainbow chart’ shows a new bottom for ETH, hints at five figures as best-case scenario

Trader and analyst ‘CryptoHamster’ advised caution, however, as another gap has formed on CME futures markets that need to fill when they expire.

Bitcoin still needs to break resistance at its 2020 high which currently stands at $12,400 before any further bullish momentum can occur.

Analyst ‘Mr Anderson’ has observed a weekly RSI pivot that is extremely common with ‘ultra-bullish’ Bitcoin moves and predicted a leg up closing over 70 would indicate a price peak of $16k.

“Yep been trying to explain this for weeks. Half of twitter doesn’t understand how RSI is used. I mean its the 1st oscillator we learn as traders. Get above red zone and she will fly.”

In addition to the bullish RSI signal, Bitcoin is also trading well above the 50 week moving average and has just posted another solid weekly candle closing higher than its previous four.

The move has added around $10 billion, or 2.6%, to total crypto market capitalization taking it to its highest level since the beginning of September.

Ethereum got a weekend lift taking it back to $375 while XRP managed to reach $0.258 before a minor retreat over the past few hours. Binance Coin and Chainlink have been performing very well over the past 24 hours with 3 and 4% gained respectively.

Monero is also having a very strong rebound with an 11% pump on the day as it closes in on $130, while Cosmos as made an equally impressive gain. Bitcoin wrapping protocol RenBTC has made the best gains in the top one hundred with its REN token surging 25% since the same time yesterday.