In a new webinar, Hywel George, the Director of Investments at Old Mutual Investment Group, a leading African investment manager offering financial solutions to retail and corporate customers in 14 countries, talked about bitcoin (BTC), the largest cryptocurrency by market cap.

He discussed the top crypto features that can address the world’s current financial challenges. According to Mr. Hywel, BTC is more accessible than cash or bank cash, so it becomes increasingly popular in developing nations, where about 1.7 billion adults remain unbanked.

“They have no access to bank accounts, so they find transactions are very difficult to do outside of raw cash, and they’re increasingly using bitcoin. So, that is kind of a vacuum which bitcoin is filling.”

George added that besides being a potential medium of exchange, Bitcoin also serves as a store of value in an inflationary world.

Despite the bull cases for Bitcoin, George says that there are still problems with the king coin. The first one revolves around the issue of security.

“There are some risk factors around Bitcoin. Crypto hacks is the obvious and first one. I think it is actually quite difficult to hack these things from what I can read and the last one was in 2019, which was, you know,  a little while ago, but it is still possible. So, people still have difficulty trusting,  you know, this kind of non-state backed thing  which just sits out there in the ether.”

He notes that mining cryptocurrency requires enormous amounts of energy, which can be damaging to the environment.

“So, these server farms are colossal, and they suck up an enormous amount of electricity. So, the total Bitcoin demand for electricity now is the size of a small nation. So, you know, I’d say not very environmentally friendly.”

He also mentions Tether (USDT), the stablecoin pegged 1 to 1 against the US dollar that faced the accusation of being used in a fraudulent scheme to pump bitcoin’s price.

“People use Tether to get into Bitcoin. The only problem is that there’s some suspicion around Tether in terms of whether it really is fully collateralized by dollars and every time they go to the Tether bank account, there’s not one for one dollar’s there. It’s a bit of a problem so, they’ve been fined by the SEC. About 80% of Bitcoin purchases go via Tether, and if I’m buying Tether and I’m not getting that dollar backing, that’s a problem.”

George thinks that Bitcoin is in a bubble. He says BTC has not gone up because it is a store of value, but rather because of the current mania around crypto assets. He notes that the prices of all other cryptocurrencies have also increased.

“Could Bitcoin become a store of value and a legitimate part of your portfolio? I would say yes. Is it worth more than today? In the long term, very possibly. In the near term, we’re in a bit of a bubble.”

He believes in the long-term potentials of the leading cryptocurrency though and tells investors what they can expect from BTC in the long run.

“Bitcoin will win out, more as a store of value than as a form of money, and therefore, more like potentially $5 or $10 trillion, as opposed to $100 trillion, which leaves you upside for Bitcoin from here, but we may see a setback first because it’s just got a bit overblown in the near term, but it will be a part of portfolios at some point without a doubt in the next couple of years, and without doubt, it will do interestingly over the next decade, so you need to be on top of it.”

Watch the video: Bitcoin and Cryptocurrencies – What on earth is going on? 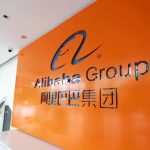