The cryptocurrency market has turned green once again after weeks of volatile price movement, with Bitcoin (BTC) leading the recovery effort by showing, for now, at least indications of stabilizing above the crucial $30,000 price barrier.

Interestingly amidst the current bearish market environment, the number of times Bitcoin has been declared ‘dead’ so far in the first half of 2022 stands at 12.

In point of fact, this represents a 52% reduction in the number of times the flagship digital currency was declared dead when compared with H1 2021, which totaled 25 times, according to data from 99Bitcoins, the cryptocurrency’s official obituary.

Despite the fact on May 17, the Crypto Fear & Greed Index, which serves as a cross-market sentiment gauge, hit a score of 8 out of 100, its lowest value since March 2020, during the period around the coronavirus pandemic inspired a market meltdown.

What are Bitcoin obituaries?

Since its launch in 2010, the website has served as the authoritative source for all Bitcoin obituaries. Each obituary posted on the site must meet the site’s stringent guidelines before it can be considered an obituary.

The decision on whether or not to post an obituary on the website is made after taking into account a number of different aspects of Bitcoin being declared ‘dead. These are the following:

“The content itself (not just the headline) must be explicit about the fact that Bitcoin is or will be worthless (no “maybe” or “could”).”

Additional conditions include that the material is generated either by an individual who has a sizeable following or by a website that receives a considerable volume of traffic.

The fact that obituaries may currently only be submitted in the English language raises the issue of how much content is now available that suggests Bitcoin is ‘dead.’

The most recent death recorded occurred on June 7, 2022; the eulogy made by Stephen Diehl in his report ‘Crypto-assets Are A Catastrophe,’ he opined:

“The catastrophes and externalities related to blockchain technologies and crypto-asset investments are neither isolated nor are they growing pains of a nascent technology. They are the inevitable outcomes of a technology that is not built for purpose and will remain forever unsuitable as a foundation for large-scale economic activity.”

Currently, Bitcoin is trading at $30,466, up 2.1% in the last 24 hours and down 1.19% over the previous seven days, with a total market worth of $580 billion, according to CoinMarketCap statistics. 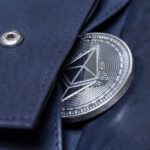