As tensions mount on the Russia-Ukraine border, Ukrainian volunteer and hacking groups are fighting back by crowdfunding Bitcoin (BTC) to support the nation’s military.

Donations totaling several hundred thousand dollars have soared into Ukrainian NGOs and volunteer groups – increasing by over 900% in 2021, according to the report from Elliptic, published on February 8, 2022.

Activists have used the donated crypto for a plethora of purposes, including equipping the Ukrainian army with military gear, medical supplies, and drones, on top of funding the development of a facial recognition app that would be used to identify Russian mercenaries or spies.

For years volunteer groups (Come Back Alive, Cyber Alliance, Myrotvotrets Center) have offered workforce and resources to the limited Ukrainian military. Though most donations are still received by bank wires or online payment services, cryptocurrencies like Bitcoin have become increasingly popular since they allow them to avoid being observed by financial institutions that might block payments to Ukraine.

“Cryptocurrency is particularly suited to international fundraising,” insinuates  Elliptic’s chief scientist Tom Robinson, “because it doesn’t respect national boundaries and it’s censorship-resistant — there is no central authority that can block transactions, for example in response to sanctions.”

“The advantage of raising funds in crypto is that it’s a lot harder to confiscate them.”

For months, Ukraine has been on a journey to legalize cryptocurrencies at a national level, Finbold reported in September 2021. However, the president and parliament have since been going back and forth on a bill that seeks to regulate cryptocurrencies, allowing holders to trade and sell them legally.

If the law is passed, it will go a long way at elevating crypto from the legal gray area it currently sits in. Although it would be a considerable distance from reaching the level of El Salvador, which recognized Bitcoin as legal tender in September of last year, it would be a significant step forward. 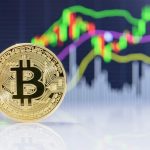 On-chain analysis shows Bitcoin may have reached a bottom