The magnitude of Bitcoin’s ongoing slump is highlighted by the asset’s quarterly returns that have hit the worst value in over a decade as the general crypto market sell-off continues.

During 2022 Q2, Bitcoin’s price dropped 56.27%, a period when the asset plunged below crucial support and is currently struggling to stay above $20,000. During the first quarter of 2022, the flagship crypto lost its value by 1.46% after enjoying a highly profitable end to last year with returns of 168.78% in Q4.

The second quarter that ended on June 30 saw Bitcoin’s price fall from about $45,000 at the start of the quarter to slightly above $19,000. The slump has also acted as a catalyst for the crypto market to lose about $2 trillion in capital outflows. By press time, Bitcoin was trading at $19,400, having made gains of about 2% in the last 24 hours.

Various crypto analysts have shared their views on the quarterly performance and the likely implications. According to Will Clemente:

“Bitcoin’s Q2 quarterly candle is in the books as the worst in its history. What a beauty.”

During the quarter, Bitcoin and the general crypto market operated in a high inflation environment, with the Federal Reserve moving to impose high-interest rates. Notably, risky assets like Bitcoin have suffered amid rising fears of a recession. Although the equities also feel the pressure, Bitcoin and the stock market have recorded increased correlation.

The challenging economic period has resulted in most crypto-related businesses adjusting their business models, with companies like Coinbase resorting to initiating layoffs and hiring freezes.

Furthermore, Bitcoin’s losses were accelerated following the Terra (LUNA) ecosystem collapse. The controversy partly triggered Bitcoin to lose key support at $30,000, with analysts projecting that the correction might slide further near $10,000.

However, a section of analysts believes that the current bear mark is bottoming, and there is a likelihood of a price rally in the coming weeks.

Finbold reported that technical strategist at Fundstrat Mark Newton noted that the market should look out for the $20,491 and $19,744 levels before Bitcoin undergoes a final ‘washout’. He called on investors to buy in the dip as the right investment strategy in this line. 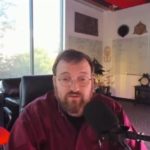