It seems that bitcoin is an extremely stable financial system, as highlighted by the cryptocurrency’s network that has maintained 100% functionality since 2013. Since the network went live on January 3, 2009, it has maintained an uptime of 99.98% experiencing only two downtimes.

Estimates provided by the cryptocurrency data website Buy Bitcoin Worldwide indicate that as of May 22, 2021, bitcoin was last down 2,994 days ago.

The first downtime was recorded in 2010 following a value overflow incident where two bitcoin addresses were erroneously allocated 92.2 billion coins. As a result, the blockchain suffered an eight-hour 27 minutes downtime. Following the downtime, a minor network update resolved the faulty transactions.

In 2013 (the second downtime), the network went down for six hours and 20 minutes after some miners rejected a block. The miners were operating a different version of the bitcoin client. However, the network went back online after miners reorganized themselves onto the same client.

Bitcoin’s stability as a finance system

Bitcoin’s uptime sustainability has comes even during significant market rallies characterized by high traffic on the network, with investors aiming to capitalize on the asset’s gains.

Furthermore, during moments of high market volatility, the bitcoin network has also remained stable. Interestingly, in such cases, only cryptocurrency exchanges have shown fragility, recording downtimes.

The uptime sustainability adds weight to bitcoin proponents’ views that the asset’s network will eventually replace the traditional finance system to become the ideal currency.

Notably, the dollar has reportedly been worthless due to hyperinflation between 1781 and 1785. Bitcoin’s finite supply means that the value might surge further while continued printing of the dollar is devaluing the currency.

The bitcoin network has a high-security framework due to its distributed infrastructure. Although improvements have been made over the years, traditional finance networks are susceptible to security issues.

Due to centralization and reliance on intermediaries, the system is prone to hacks. However, some traditional finance players are incorporating bitcoin technology to streamline operations. 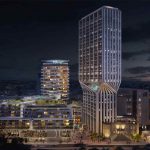