On May 23, Bitcoin (BTC) formed its eighth straight red weekly candle for the first time in the flagship digital assets history.

The current situation in the cryptocurrency market remains bearish, and as things stand, Bitcoin looks to be forming its ninth straight red candle as a result, according to data from TradingView.

Meanwhile, the Crypto Fear and Greed Index (CFGI) has fallen to its lowest since the index’s inception nearly two years ago. This well-known technical index investigates a variety of metrics, including market dominance, volatility, volume, social media, and surveys, to determine the feelings and sentiments held by market participants.

The total of each value is summed together, and the resulting number is assigned a value between 0 and 100, with 0 representing “extreme fear” and 100 representing “extreme greed.” The CFGI rating recently reached 8 and on May 25 that number is only marginally better at 11, which is similar to the market attitude that was seen close to the time when the COVID-19 crash occurred in March of 2020.

According to Michael van de Poppe, a prominent crypto trading analyst stated that Bitcoin broke above a crucial barrier at around $29,400. If Bitcoin (BTC) can hold support above this level, then he believes that Bitcoin (BTC) can breach the crucial $30,000 level, with the next point of resistance being at $32,800.

Interestingly, as Finbold recently reported  Mike  Sonnenshein, the CEO of the crypto asset management company Grayscale, stated that the recent sell-off in Bitcoin has not deterred investors.

In addition, Robert Kiyosaki, author of the personal finance book “Rich Dad, Poor Dad,” has urged investors to save Bitcoin and precious metals in the face of volatile markets throughout the world. 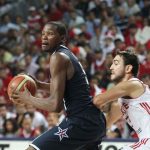