Bloomberg Intelligence chief commodity strategist Mike McGlone has maintained that Bitcoin still has the potential of hitting the $100,000 target by the end of the year.

According to McGlone, Bitcoin has maintained a steady average annual price growth which puts the $100,000 target as a reality. Currently, Bitcoin is trading at $47,940, attempting to break the $50,000 mark.

With Bitcoin capped at 21 million coins, McGlone believes that the diminishing supply is another driver for the $100,000 mark. This feature has resulted in proponents claiming that Bitcoin is the best hedge against inflation. Historically, with Bitcoin’s mining difficulty, the existing supply of coins has risen in value.

In comparison, currency supplied by central banks does not have hard limits, with governments free to print any number of money provided, which can potentially result in high inflation.

“Can Bitcoin Reach $100,000 in 2021? Five Charts Show Potential – Past #Bitcoin trading trends and the crypto’s declining supply vs mainstream adoption suggest a significant advance in 2021, potentially to $100,000, we believe,” said McGlone.

Notably, the asset embarked on a bull run early this year, with institutional investors pumping more money into the asset. According to the strategist, the institutional activity will likely push Bitcoin to the new price mark.

Notably, with most institutions showing interest in Bitcoin, the asset has attempted to break a new price level. In April, the asset hit the record price of $64,800 after cryptocurrency exchange Coinbase went public.

However, the asset corrected by almost 50% amid an increased regulatory crackdown from China. At the time, McGlone said the asset would sustain the crackdown, noting that the move had helped Bitcoin highlight its revolutionary value. He maintained that recent corrections are not a signal for dark days. 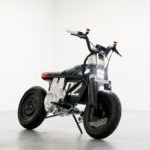