Bitcoin might gain further in value before hitting the overbought territory. A study dubbed “Staying Ahead of the Curve” released by the cryptocurrency exchange Kraken shows that the gains might come before the current rally ends.

The report’s conclusions are derived from Bitcoin’s historical data indicating that the asset might rapidly be approaching a resistance level. However, it remains several tens of thousands of dollars away from the overbought zone.

Kraken adds in case Bitcoin surpasses the $75,000 mark in the next few months, historical price action shows that the asset would near the top of the cycle.

“By analyzing BTC’s dating back to Jan. 2011, we can plot a logarithmic growth curve that connects prior market cycle tops (resistance) and bottoms (support). Though BTC does not have to adhere to either curve indefinitely, both can help us better understand when BTC may potentially be in either a bull or bear market,” the report says.

Historical data shows when the market value of Bitcoin gets considerably higher than its realized value, a market red zone might be approaching.

Bitcoin’s sell-off after an all-time high

Bitcoin has been on a major bull run that was initiated late last year, and several investors have raised concerns that it is in a bubble ready to burst any time.

Bitcoin has since experienced a sell-off, but it gains year-to-date stand at about 60% and analysts believe that asset’s bull-run won’t end soon. 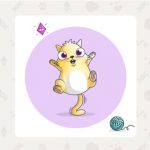