In spite of unfavorable macroeconomic headwinds and a stagnant crypto market, Bitcoin (BTC) managed to outperform equities and most major fiat currencies in the third quarter of 2022, except the US Dollar Index (DXY).

Bitcoin managed to hit $19,564 to end -1% quarter-over-over (QoQ) in Q3, despite its price falling in tandem with US equity markets for most of the third quarter. The US Dollar Index gained 7% over the previous quarter, according to statistics from independent crypto data aggregator CoinGecko shared with Finbold.

“Amid bearish macroeconomic headwinds and a sideways crypto market, Bitcoin is found to have outperformed all major assets—equities and major currencies included—except the US Dollar Index in Q3 2022,” CoinGecko said.

However, when looking at performance year-to-date (YTD), Bitcoin remains the asset that has performed the poorest, with a loss of 58% per CoinGecko.

Bitcoin predicted to outperform most assets

Notably, Finbold reported back at the end of July that commodity strategist at Bloomberg Mike McGlone expected the Fed rate hikes to boost Bitcoin to ‘outperform most assets,’ which turned out to be the case in Q3.

McGlone suggested that the Fed meetings on interest rates would likely build the foundation for Bitcoin to rally further and outperform most asset classes. Furthermore, the commodity expert also suggested that Bitcoin would likely emerge as the best-performing asset in H2 2022.

Meanwhile, supporters of Bitcoin have continued to assert that the cryptocurrency is well positioned to become a haven asset, a hedge against inflation, and even a possible replacement for gold.

Notably, the possibility of Bitcoin realizing its potential as a haven might be achieved due to its flagship cryptocurrency recording a higher connection with the precious metal in the context of the existing macroeconomic variables.

Specifically, Bitcoin has reached a 40-day high correlation with gold standing at 0.50, after the value was at almost zero in the middle of August. Bitcoin is currently trading at $19,266, up 0.4% in the last 24 hours at the time of publication. 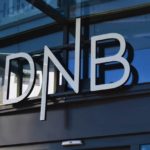