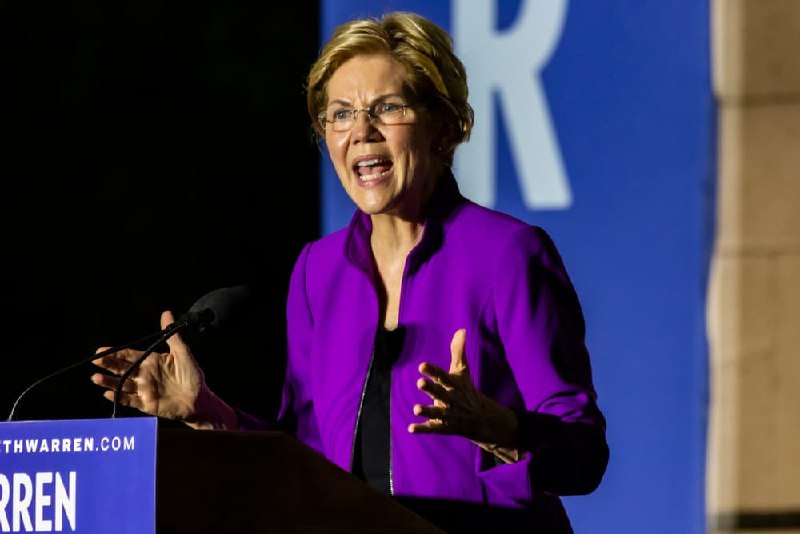 United States Senator Elizabeth Warren has poked holes into the cryptocurrency sector’s ability to enhance financial inclusion for all.

Through her Twitter account, Warren singled out Bitcoin, stating that the asset is concentrated among a few individuals, noting that holdings must be diversified for financial inclusion to be achieved.

Warren’s comment was a reaction to an article by the Wall Street Journal stating that about 0.01% of Bitcoin holders control 27% of the currency in circulation.

“The crypto industry claims that crypto is the path to financial inclusion, But bitcoin ownership is even more concentrated within the top 1% than dollars. We need real solutions to make the financial system work for everyone, not just the wealthy,” said Warren.

​​In recent months, Warren has been pushing for regulation of the cryptocurrency sector across the United States to protect investors. Warren, alongside other industry critics, state that digital currencies could destabilize the economy and are vulnerable to abuse by private entities.

According to Warren, cryptocurrencies are volatile and can harm small-time retail investors who she claims get cheated and lose money due to pump and dump schemes. Furthermore, Warren has taken issue with Bitcoin mining, claiming that crypto miners contribute to environmental damage.

U.S. next course in crypto regulation

Although the U.S. has yet to enact a standard crypto regulatory framework, lawmakers are divided on regulating the industry. However, some legislators are gearing up to introduce crypto-related legislation in the coming year.

Elsewhere, Warren’s criticism of wealthy crypto holders is part of her broad push to enhance equity in spreading wealth. Recently, the Massacheuttes senator blasted the country’s billionaires, accusing them of failing to pay taxes.

In this line, she has had run-ins with Tesla (NASDAQ: TSLA) CEO Elon Musk on Twitter, accusing the billionaire of being a freeloader of paying $0 in income taxes in recent years.

However, Musk hit out, describing the lawmaker as ‘Senator Karen’. During the spat, Musk revealed that his tax bill for 2021 will be around $11 billion. To facilitate the tax payment, Musk resorted to selling his Tesla shares.