Investment information sharing platform InvestorsHub CEO Clem Chambers has said bitcoin is undergoing its four-year cycle where the price will drop further before rebounding to another all-time high of around $120,000.

Speaking to Kitco News, Chambers suggested that before rebounding, the asset might hit lows of $10,000. He stated that the current cycle results from the halving process where he expects the asset to enter into a ‘winter season’ when the price will stall.

According to Chambers, the ‘bitcoin winter’ will occur despite institutional investors heavily putting money into the asset. However, Chambers blasted institutions over their timing of bitcoin investment stating they are cowards coupled with the fear of missing out:

“Institutional investors, genuinely speaking, are cowards. And they got FOMO…Institutions aren’t brave and nowhere near as brave as you know, the private investors who hold on and the stackers that stack their gold and they only got in because they were worried that someone might say, why didn’t you get any Bitcoin immediately? So they got some Bitcoin. As soon as it starts to look rough, they’ll all pile out and pretend that they weren’t there, you know, institutions, we know they’re all cowards.”

Chambers stated that more institutional investors would shun buying bitcoin with the price crash, but the fear of missing out (FOMO) will resume during the next cycle driving the prices higher. His sentiments come after electric vehicle manufacturer Tesla (NASDAQ: TSLA) suspended bitcoin payments, and analysts warned that the move might bar more institutions into the asset.

Chambers added that the bitcoin price movement is similar to other markets, but the crypto market represents the most extreme case. He noted that the asset’s price crash would lead to a negative perception about the crypto but will attract more interest during the next cycle.

The market projection by Chambers comes amid bitcoin’s price correction where the asset is currently trading at $38,003, according to data provided by CoinMarketCap. The correction follows new crackdown measures in China that have impacted the market.

Watch the video: Bitcoin needs to crash to this level before skyrocketing to $120k – Clem Chambers 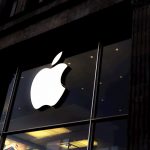