A new report has revealed that since the inception of Bitcoin a decade ago, the asset’s wealth is more evenly distributed. The report by Coin Metrics notes that smaller accounts are now holding a big portion of Bitcoin’s supply.

The report acknowledged that with whales holding a large sum of digital assets it is still a major concern. Whales in the industry pause a doubt over Bitcoin’s ability as a store of value or an exchange medium.

The even distribution of Bitcoin wealth is important because there will be an almost equal measure of exercising influence over crypto-assets markets. The distribution is also beneficial to the crypto market’s ongoing protocol development. As per the research:

“Bitcoin still has whales, but since the network’s inception, its supply has become more evenly distributed, with smaller accounts comprising an increasing proportion of the aggregate supply…. addresses with smaller balances continue to represent the majority of accounts. In the face of a fluctuating dollar-denominated price, most addresses still control less than $100 worth of Bitcoin.”

The study also added that the amount of hash power securing the Bitcoin blockchain network has increased exponentially throughout the cryptocurrency network’s history. Bitcoin depends on decentralization to meet its goals of sustaining a secure, censorship-resistant payments and savings system.

Furthermore, Coin Metrics added that the Bitcoin mining sector is still competitive. The report claimed that Bitcoin mining is “a thriving, distributed ecosystem.”

The report pointed out that despite mining being competitive there is still a risk of centralization. There are state-level coercion and vertical and horizontal integration within the sector. 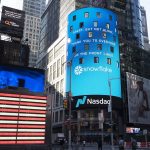 Snowflake stock price "could double" despite 112% jump on IPO