Amid the extended crypto bear market, monitoring the whale activity of assets like Bitcoin (BTC) has become a crucial metric to track for hints on the next possible price action.

In this line, Bitcoin’s on-chain whale activity has slowed down in recent weeks as the BTC price consolidates around the $20,000 level.

In particular, as of October 23, Bitcoin whale transactions involving 100 BTC stood at 106, representing a drop of about 86% from the 813 transactions registered on July 25, according to DataPool data.

It is worth noting that most Bitcoin whale transactions are usually responsible for sudden price swings in the crypto space. Fluctuating whale activity points to a possible bullish or bearish price action. Indeed, it could also signal market volatility if the number of transactions spike.

Therefore, the dropping Bitcoin whale activity has come when the flagship cryptocurrency’s price has appeared to stabilize in the $19,000 – $20,000 range. Consequently, Bitcoin has continued to record slowed volatility.

At the same time, it’s vital to understand the destination of the whale transactions. In this case, when large amounts of Bitcoin are deposited into an exchange, it signals a whale or a high-net-worth investor is planning to sell Bitcoin and potentially profit.

Additionally, the drop in transactions can be interpreted as increased ‘HODLing’ activity, with seasoned investors preferring to store their haul in cold wallets away from exchanges.

Overall, Bitcoin continues to look for possible rally triggers amid the prevailing macroeconomic factors. As reported by Finbold, crypto trading expert Michaël van de Poppe has suggested that a Bitcoin breakout might be in play in the coming week, with several macroeconomic events acting as a key catalysts. 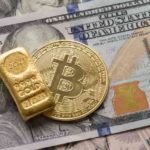