The growth of Bitcoin in recent years is highlighted by the asset’s significant return on investment (ROI) that has dwarfed major stock market indices over the same period.

Compared to the S&P 500, Dow Jones Industrials, and Nasdaq indices, Bitcoin has recorded an average ROI of 1,645% over the last five years, data retrieved from Finbold’s Bitcoin ROI tool indicates.

The digital currency’s returns are higher by 1,978% when compared to the Dow Jones. The asset’s ROI is also 1,734% higher than the S&P 500 index that tracks the stock performance of the United States’ top 500 companies. Elsewhere, Bitcoin’s ROI has outperformed Nasdaq by 1,221%.

The Bitcoin ROI tool compares the return on investment (ROI) of BTC to traditional assets with the percentage values highlighting how investment in the cryptocurrency outperforms other financial assets over a given specific period.

Bitcoin’s high returns partly validate the perception that cryptocurrencies are a perfect avenue for making high profits in a short period considering that the highlighted traditional indices have been in existence for decades.

Over the last five years, both asset classes have undergone tremendous highs and lows but Bitcoin has managed to stand out mainly due to a boost following the entry of institutional investors into the crypto space.

The traditional asset’s growth trajectory was cut short with the onset of the pandemic that resulted in a wide-scale stock market crash. At the same time, Bitcoin has suffered the impact of regulatory uncertainty that resulted in the historical crashing of the digital asset alongside the general crypto market.

From early 2021, Bitcoin has undergone several bull runs coupled with all-time high price marks. By press time, the asset was trading at $42,600, a growth of over 3,000% over the last five years.

Although Bitcoin is increasingly integrating with the traditional finance sector, the asset and indices are two different asset classes. For instance, the indices track for-profit companies that control tangible products and services while Bitcoin is a virtual currency.

In the coming years, it will be interesting to monitor how Bitcoin fares against the traditional stock products with the two assets increasingly exhibiting historical correlations. Worth singling out is Bitcoin’s correlation with U.S. tech stocks that are tracked by the Nasdaq index.

The correlation is now portraying Bitcoin as a likely dependable safe-haven asset against rising inflation. The assets’ correlation is also strengthening alongside the tightening of the U.S. Treasury yield curve amid high inflation.

Furthermore, with Bitcoin proponents expecting the asset to be fully integrated into the traditional finance space, the digital currency is now emerging as a diversification option.

Despite the volatility, Bitcoin is now becoming a solid option among conventional investors with traditional finance players like banks offering related services. 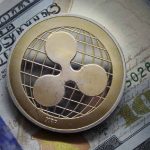