As cryptocurrencies become more widely accepted in the mainstream and under the effect of significant geopolitical changes, their trading volume is witnessing a steady increase. Most recently, this growth has been most visibly experienced by Bitcoin (BTC), with an average daily trading volume that has surpassed Apple (NASDAQ: AAPL) by nearly 60%.

In addition to its daily trading volume overtaking Apple, Bitcoin has recently experienced a price hike, as well. As earlier reported by Finbold, its price has surpassed the $42,000 mark on March 9.

The price of Bitcoin, along with other cryptocurrencies such as Monero (XMR), was pushed largely by the accidentally leaked draft of US President Joe Biden’s Executive Order on the government’s cryptocurrency policy, and its actual signing hours later.

Having said that, the platform and cryptocurrency’s seven-day chart shows that the price is still lower than seven days before when it traded at $44,160 or 4% higher than at press time. 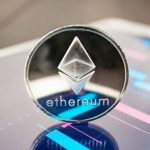