Rafael Schultze-Kraft, a data scientist and the co-founder of analytics platform- Glassnode, has tweeted today that on-chain activity on Bitcoin has seen its highest level in different dimensions. He listed a variety of metrics: hourly new address, hourly active addresses, hourly transaction count and hourly spent outputs with 24-hour lifespan.

According to the graph by Blockchain.com, the number of daily new addresses has been steadily on the rise from 250k to 500k after the bull run. In fact, the daily transaction count has been quite low from last year but has gradually increased to 382k until yesterday.

The number of unique addresses used has been quite low from June 2019. However, as per the graph, it has now spiked to 758k.

The on-chain activity shown by Bitcoin is welcome news since some community members have started to characterize the cryptocurrency as “boring”. Earlier today, Quantum Economics analyst, Mati Greenspan tweeted:

Growth in social engagements, too

It’s hard to say whether the on-chain activity of Bitcoin has any link to the recent social media engagement of the cryptocurrency. However, as per the data from Lunarcrush, the last week saw a slight gain in Bitcoin news across multiple social platforms. A total of 927k posts were shared in the past week. Despite the flat social engagement this year, Bitcoin’s price saw major gains in the month of January and April. 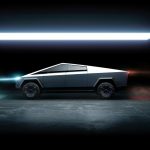