The two miners are BH Miner ($4,500 per unit) and BH Miners Box ($20,000 per box that consists of 6 BH Miner units) and are said to return high profits while consuming less power. The firm seeks to solve the issue of power consumption that has been cited as a major drawback for mining.

According to BitHull, the two miners come with the capability to mine cryptocurrencies Ethereum, Bitcoin, Litecoin, and Monero.

The BH Miner has a power consumption of  550W while BH Miners Box combines six BH Miner units linked to each other.

The BH miners are suitable for use at home since they generate low noise. Unlike other miners, FPGA inspired devices require less energy to operate and generate a bigger hash rate power. This explains the profitability of BH miners.

BitHull S.A vice President Matias Milet points out that the two miners are good for beginners as well as experts.

Based on the data provided by BitHull, the power costs would be $285 per month and based on the cost of $0.12/kWh. It is worth noting that just like other miners, the profitability and coin price changes alongside mining difficulty will automatically impact the profits. 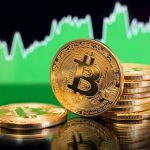