BlackRock is by far the biggest asset manager globally, with $11 trillion in assets under management guiding financial professionals, individual investors, and institutions in creating a better financial future.

Powell said that the steep falls on equities and stocks markets in March and April had rebalanced portfolio allocations away from equities. He believes that fund managers should strive to adopt the traditional 60/40 split between growth and defensive assets. Mr. Powell explained:

“This has now become more like a 50/50 portfolio split because of the moves we have seen in equities prices. Rebalance towards your previous mandate and trust in that. We don’t have a belief that we can time the market day-by-day or week-by-week, so, we’re thinking about having a tactical framework of increasing long-term allocation to equities.”

Powell’s comments came as a counterweight to Warren Buffett, who adopted a cautious tone when briefing investors this week. The legendary stock market investor said that he was not striking any new deals at this time adding: “Our position will be to stay a Fort Knox.”

BlackRock’s purchase opportunities are influenced by major political meetings in China expected to happen on May 22. The sessions will determine whether the Chinese government will use any fiscal tools to restart its economy.

“It’s a very important question in markets globally – will China come to the stimulus table?”

Powell is convinced that China responded to the pandemic using a public health policy strategy rather than an economic policy like in the UK, US, and Australia. He said:

“It’s a very important event. China has got the capability, the will and the scale to engage in the meaningful stimulus.”

China confirmed that it wants to raise 5 trillion yuan ($1.1 trillion) through the sale of special bonds this week. Based on that, Powell is convinced that further policy action may be imminent. He explained:

“China doesn’t do this very often. They did it in 1998 and 2007. So my thought is they wouldn’t bring out a once-in-10-year-policy unless they intended to do something meaningful.”

Mr. Powell said that investors are set to benefit whether China stimulates its economy or not. If the Asian economic powerhouse decides that the financial situation is okay, it will be encouraging for the rest of the world. On the other hand, if it determines that the economy needs some fixing, it is also reassuring.

“It will be relevant for markets all over the world.”

BlackRock is steering away from government bonds as low-yield rates appeared flat. BlackRock told its clients in a note:

“The rally in government bonds points to lower future returns compared with our expectation at the start of the year.”

Most economies will take time before returning to normalcy. However, with the right strategies, they can start on their road to recovery soon enough. 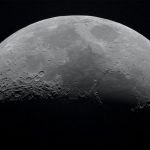 How moon and Musk can help Trump save the U.S. economy