In the wake of the New York State Senate passing a bill that imposes a two-year moratorium on any new carbon-based fuel-powered proof-of-work (PoW) cryptocurrency mining projects in the U.S. state, the ban has received a great deal of criticism from all over the industry.

One of the sources of criticism is from the Blockchain Association, whose Executive Vice President Jake Chervinsky listed and explained in detail all the disadvantages of the passed bill for the crypto industry and economy in the state of New York in a Twitter thread published on June 5.

The Blockchain Association is a Washington-based trade association representing companies and other organizations in the crypto industry with a mission to change the public policy toward crypto in the U.S.

Indeed, the first argument that Chervinsky presented was that, despite what “the anti-Bitcoin wing of the NY political establishment” claims, the mining ban “will not help reduce carbon emissions by a single ounce.” He added, “at best, it has zero impact on emissions.”

As a matter of fact, according to the Blockchain Association EVP, the mining ban will have a net negative effect, as:

“All it does is push miners to build in other places where NY has no influence over them.”

In his words, miners will simply move to other places outside the state with fewer or no environmental regulations.

According to Chervinsky, the banning policy is dishonest and lacks detailed analysis:

“Good policy requires reality-based thinking: honest analysis of costs & benefits, of opportunities & risks, of first- & second-order effects. The NY mining ban does none of that. It’s a moral victory for a few, detached from reality.”

However, he doesn’t lose hope, saying that “NY had (& still has) a chance to lead the way on crypto broadly & Bitcoin mining specifically,” explaining that incentives are more productive than bans:

“Good policy here would mean both carrots & sticks: at minimum, an incentive for miners to shift toward renewables is an easy win.”

He also called upon Governor Kathy Hochul to veto the bill “for the sake of New York” and “at a time when keeping crypto in the US is a matter of national importance.”

Finally, Chervinsky urges the state of California to learn from New York’s mistakes if it wishes to remain the technology capital of the world and the home of Web3 – at a time when it “is starting to analyze these issues under the process established by Gavin Newsom’s executive order.” 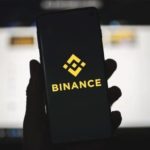