With Russia facing international economic sanctions following the country’s invasion of Ukraine, cryptocurrencies have emerged as an ideal avenue to transact and support courses like fundraising.

In this line, blockchain firm TRM Labs’ research has revealed that pro-Russian groups are raising funds in cryptocurrency to support paramilitary operations and evade U.S. sanctions, CNBC reported on October 3.

According to the firm’s CEO, Chris Janczewski, by September 22, the groups had raised at least $400,000.

In coming up with the raised amount, TRM Labs reviewed a combination of publicly available wallet addresses alongside cross-checking websites to spot any Russian-linked groups. However, it has not been established if the groups are working with the Russian government.

Use of Telegram to raise funds

Notably, the groups are reportedly leveraging messaging app Telegram to raise funds by sharing ways funders can support Russian-affiliated militia groups and combat training at locations near the Ukrainian border. Some funds have been channeled to purchasing items such as thermal imaging equipment and radios.

Interestingly, one involved group has been identified as Task Force Rusich, which the U.S. Treasury Department described as a “neo-Nazi paramilitary group.”

It is worth noting that Russia is facing numerous sanctions following the Ukraine invasion. The sanctions are meant to cut off Russia from the global financial system.

Concerns over use of crypto to evade sanctions

At the same time, following the sanctions, Russian agencies have worked on unveiling crypto-friendly regulations. For instance, the Russian Ministry of Finance (Minfin) recently noted that it was ready to back any legislation supporting the use of stablecoins. 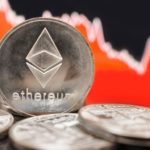