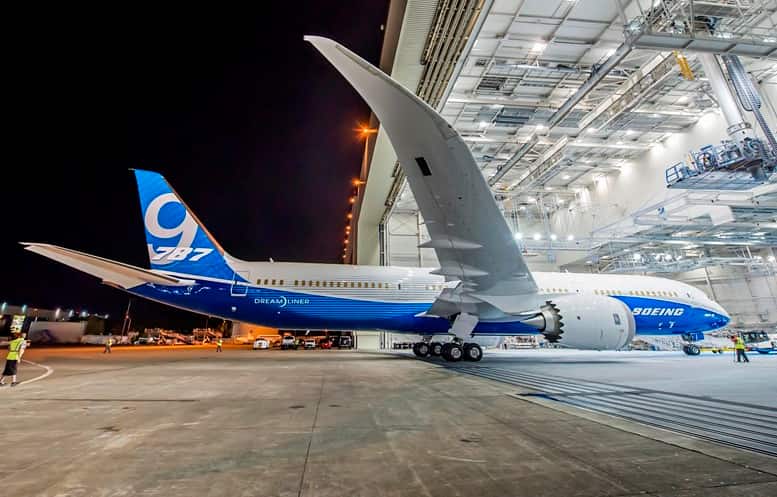 As airlines begin to plan for a post-Covid future, Boeing (NYSE: BA) receives more orders for new aircraft. The latest orders might assist Boeing in repairing its balance sheet as long as it does not suffer any more setbacks.

Indeed this news will come as a comfort to shareholders who have watched Boeing’s revenue fall while its debt has risen at an alarming rate over the last two years.

Currently, Boeing stock is forming higher lows in the market, a bullish sign, but it is also in triangle breakout territory, as seen in the chart below. Hence, a volatile week for the Boeing stock might be imminent.

As the firm is trading below the blue trend line, the upcoming days will be crucial in determining where it will head – as in general, there was not a lot of trading volume in June, and sellers tended to dominate that month.

Elsewhere, Wall Street analysts project the average price target for the Boeing stock at $274.21 in the next 12 months, representing a 15.86% upside over the current price, with the highest forecast being $310, while the lowest – $229.

Out of 16 TipRank analysts’ Boeing stock ratings in the last three months, for instance, nine recommend to ‘Buy,’ seven suggest to ‘Hold,’ and interestingly none advocate to ‘Sell.’

Moreover, Boeing is yet to release their Q2 2021 data; lower 787 deliveries and commercial services volume were somewhat offset by higher 737 deliveries and higher KC-46A Tanker revenue, resulting in $15.2 billion in first-quarter revenue for Boeing.

On the whole, Wall Street analysts predict that the American aircraft maker will earn $19.23 billion in revenue in the second quarter of 2021, before the company releases its Q2 results on August 4th.

Analysts predict that full-year sales will be $80.75 billion on average. Revenues will be $91.31 billion in the coming fiscal year, according to Zack Investment Research.

The projections are a good indication for the company, which is still recuperating from the impacts of the coronavirus epidemic. The $19.23 billion in sales reflects a year-over-year increase of 62.8%.

Recently, Southwest Airlines added 34 planes in June to an order placed back earlier in March.

In addition, United Airlines announced the largest order for 200 737 MAX aircraft ever received by Boeing, which comes on the heels of a slew of fresh orders from airlines and government military departments worldwide.

Following an increase in air travel, led by domestic markets in the United States, Boeing CEO Dave Calhoun expressed optimism about the company’s prospects. Calhoun is concerned, however, that it will take two or three years to return to pre-pandemic levels globally.